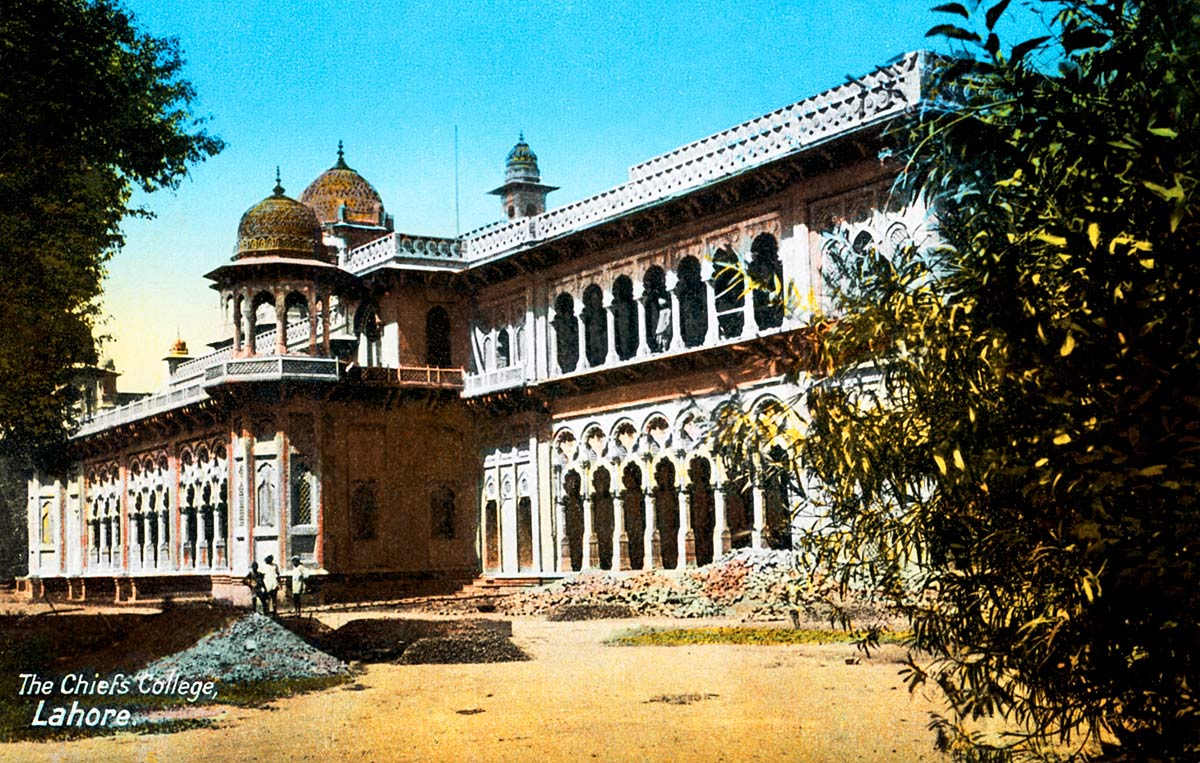 Better known as Aitchison College, the name it was given shortly after the foundation stone of this building was lain in 1886, "Chief's College" still continued to be used long afterwards given that it was originally founded in Ambala as a school for the sons of Punjabi princely rulers. The building itself was designed by Bhai Ram Singh, a protege of John Lockwood Kipling and highly successful architect of many Lahore buildings combining local and European styles into a distinctive form also seen in the Lahore Museum.