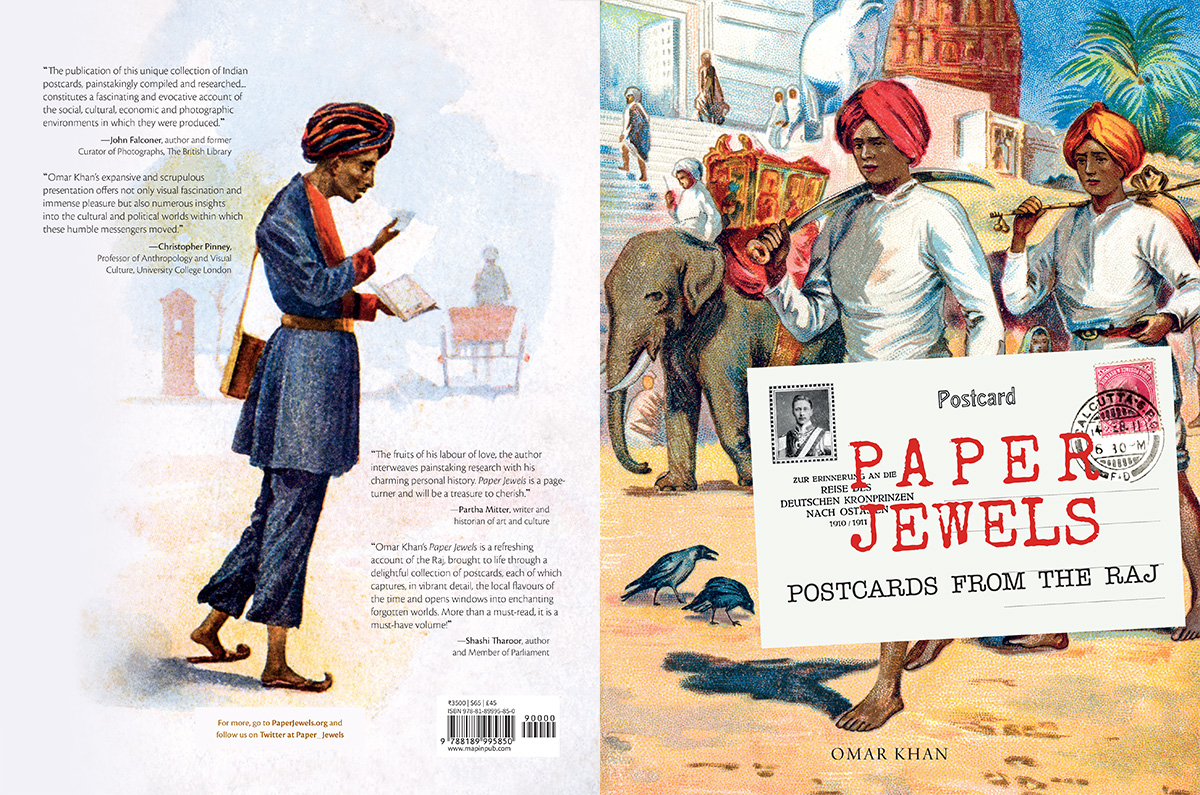 Paper Jewels Postcards from the Raj by Omar Khan, a 518 Vintage Postcard Tour of India, Pakistan and Sri Lanka, is co-published by Mapin Publishing and the Alkazi Collection of Photography (August 2018).

Postcards were to people in 1900 what the Internet was to the world in 2000. Postcards were the world’s first mass transfusion of color images. We went from thousands to billions of postcards in a handful of years. The finest painters and graphic artists from India, Austria, Britain, France, Italy and the US became involved.

Paper Jewels is the story of postcards during the Raj and the first book on the subject. It uncovers such gems as the early postcards of the great Indian painter M. V. Dhurandhar and the Ravi Varma Press in Mumbai, the exceptional work of an early Austrian lithographer in Kolkata, a British photographer in Peshawar, and Indian studios in Jaipur, Kashmir, Delhi, Lahore, Madras, Karachi and elsewhere.

It is organized by place into a dozen chapters. The essays cover the key themes important to postcard publishing—religion, dancers, teas and soaps, famines, fakirs, humour, warfare and the role of postcards in the Independence movement. It tells the stories of the first postcard publishers of the subcontinent between 1892 and 1947, most of whose images have not been seen since they were published a century ago.

Paper Jewels relies almost entirely on new primary research in archives and private collections in India, Pakistan, Europe and the US, and explores the many artistic, business, fashion, political and technical developments that contributed to the rise of a medium – the postcard – that is still very much with us today.

The book is available on Amazon in India, the US and the UK.

Hundreds of images, some in the book, are also available in our Raj Postcard Archive, free for anyone to use. A new image is added every day, here and on Instagram and Facebook.