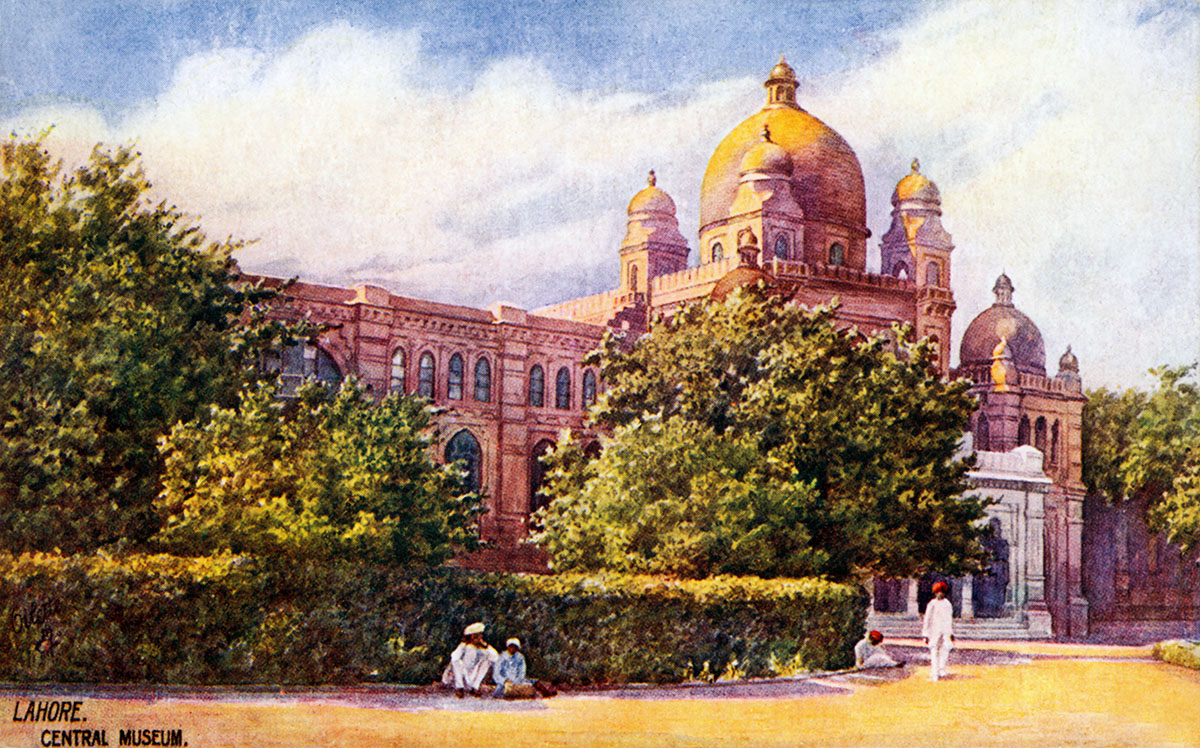 [Original caption] General Post Office, Lahore. Lahore is the capital of the Punjab Province of India. Its origin is legendary and uncertain, but it is referred to by a Chinese pilgrim in the 7th century. Since British rule commenced in 1849, many fine buildings have been erected in the modern city and the General Post Office is a stately and commodious pile with attractive surroundings. [end]

One of the most famous museums in South Asia, the Central Museum in Lahore was established in 1894. Previously known as Central Museum, it is located on The Mall near the High Court in Lahore. Rudyard Kipling's father, John Lockwood Kipling, was the founding curator of the museum. Right across the street is the famous Zamzama gun where his son Rudyard's character Kim sat.