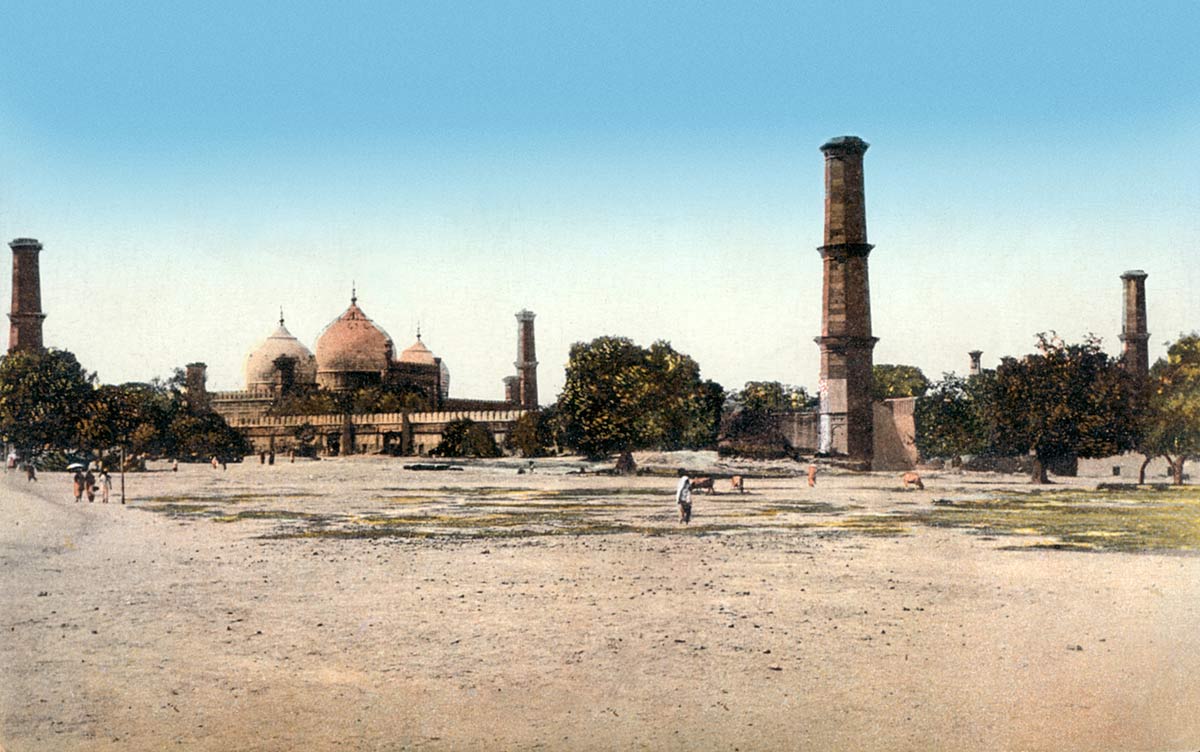 The Badshahi Mosque or the 'Emperor's Mosque', was built in 1673 by the Mughal Emperor Aurangzeb in Lahore, Pakistan. It is one of the city's major tourist attractions and epitomizes the beauty and grandeur of the Mughal times. It is the largest mosque in Pakistan and one of the largest in the world. The architecture and design is closely related to the Jama Masjid in Delhi, India, which was built in 1648 by Aurangzeb's father and predecessor, emperor Shah Jahan. Over 150,000 people pray inside the mosque and surrounding grounds during the annual Eid festivals.

Today the mosque is lit up at night, providing a spectacular view from afar and from the rooftop restaurants in the old walled city surrounding the mosque.