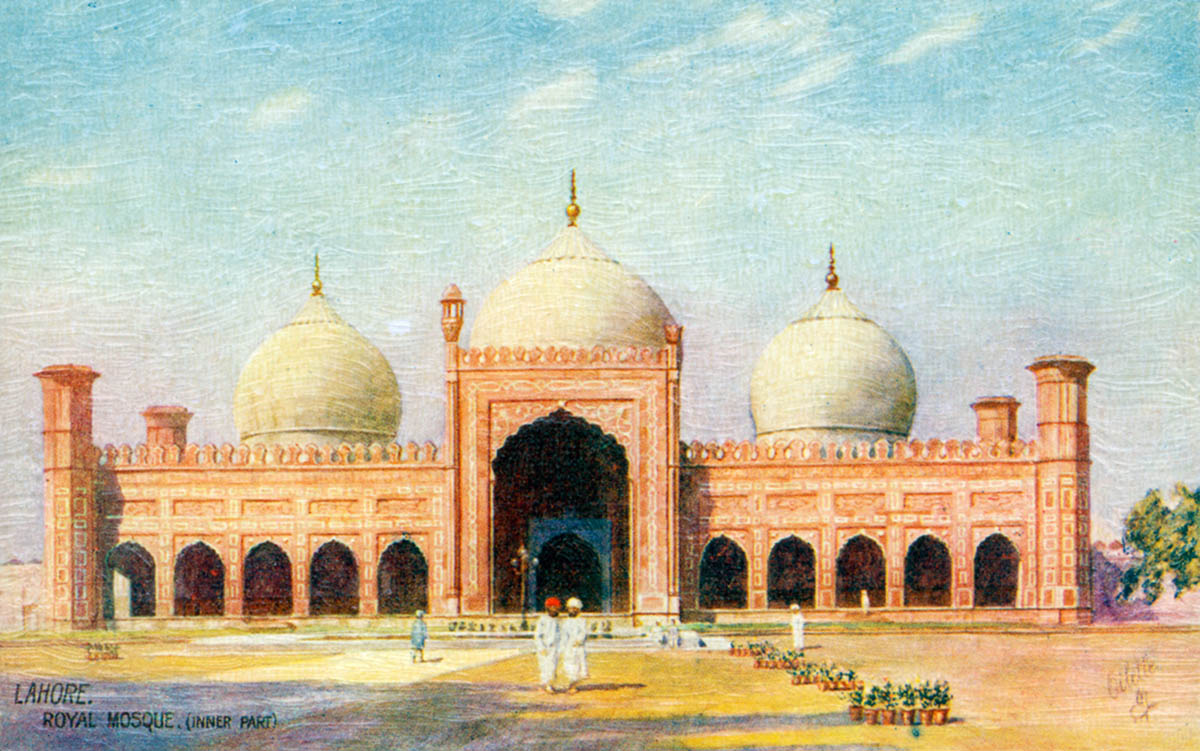 An embossed postcard one of Lahore's most important tourist destinations, shown here before the mosque was renovated in the 1940s. Tuck's only embossed a limited selection of its cards, usually its more beautiful ones. Embossing is another step in the production process and involves pressing the paper to create a raised pattern that gives it a three-dimensional or in this case more painterly look.

[Original caption] Royal Mosque (Inner Part) Lahore. The mosque of red sandstone was built by Aurang Zeb in the 17th century, with the funds derived from the confiscated estates of his eldest brother, whom he put to death: it has consequently never been popular as a place of prayer. The cupolas of the four minarets were so injured by an earthquake that it was necessary to take them down. The mosque has one large and ten small archways facing the court, and is surmounted by three marble domes. [end]