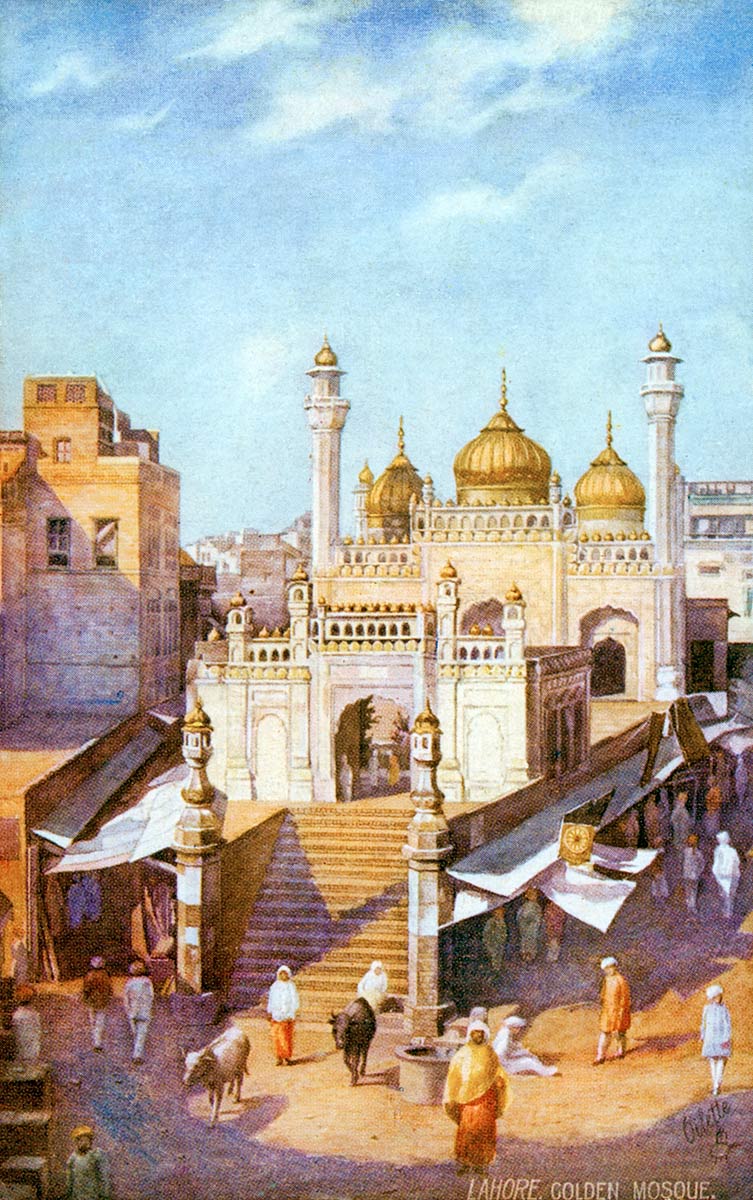 [Original caption] Golden Mosque, Lahore. This mosque has three gilt domes and was built in 1753 by Bikhari Khan, a favorite of the widow of Mir Mannu, who governed Lahore a short time after her husband's death. He is said to have displeased the lady, and her female attendants beat him to death. The mosque is picturesquely located at the junction of two streets. In a courtyard behind is a large well with steps descending to the water. [end]