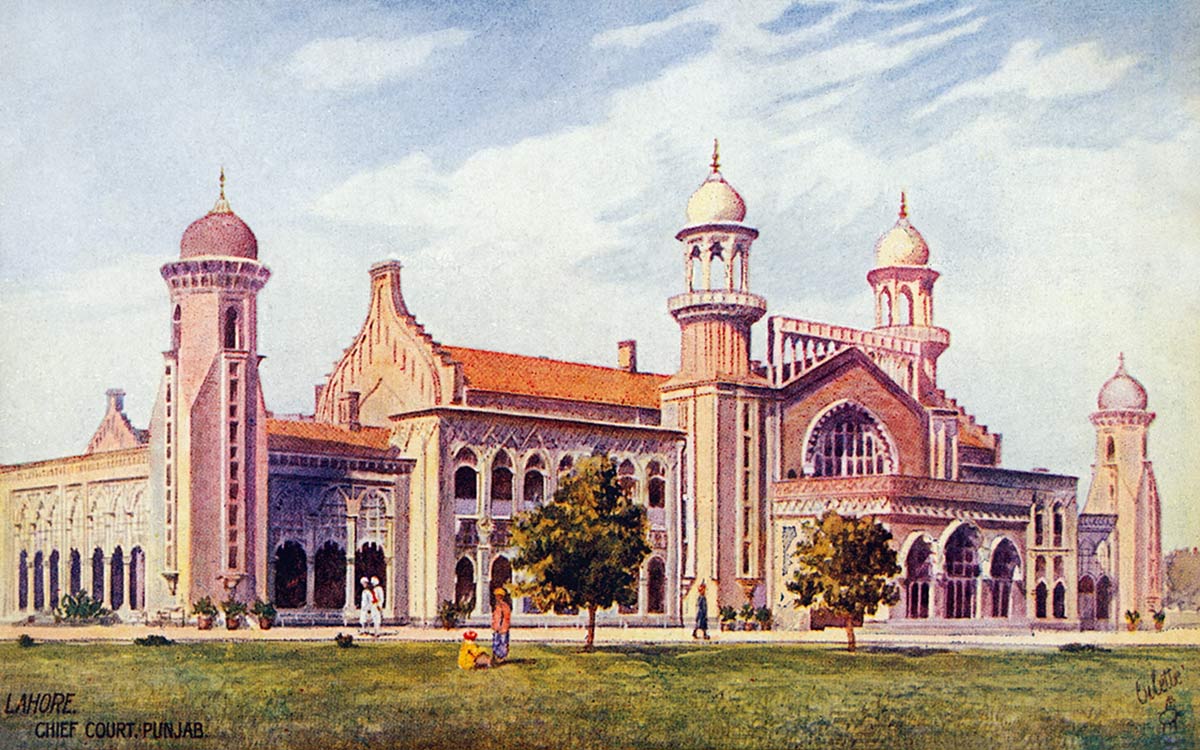 [Original caption] Chief Court, Lahore. This fine building is in the late Pathan style of the 14th century. Between the Court and the Cathedral is a statue of Lord Lawrence who was Chief Commissioner and Lieutenant Governor of the Punjab 1853-1859. [end]

This architectural delight in the “late Pathan style of the 14th century” (whatever does that mean?) was inaugurated in 1888, and served well as a Maharajah’s palace in the Hollywood film Bhowani Junction (1956) featuring Ava Gardner and directed by George Cukor.