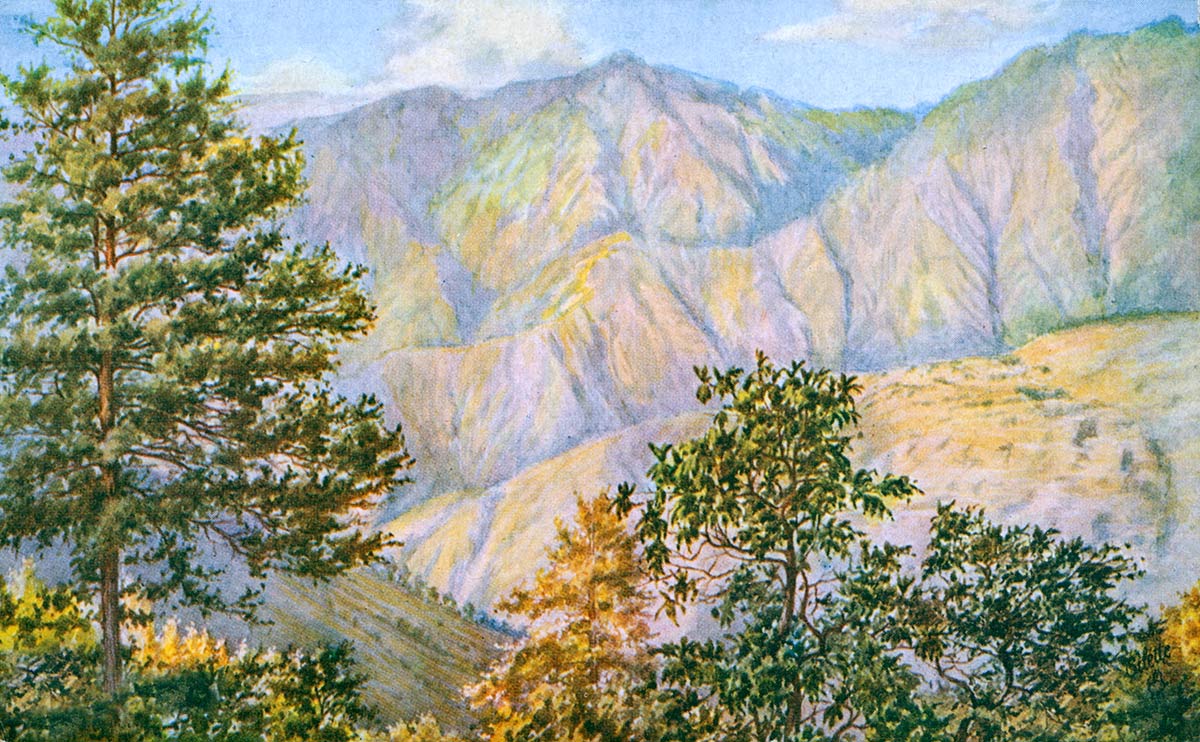 [Original caption] View from Mashobra. Since the Government of Sir John Lawrence in 1864 Simla has been the summer capital for India. As soon as the hot weather sets in, at the end of March, the Viceroy and the officers of the Supreme Government quit Calcutta for Simla, which is largely deserted in the winter, though the Army Headquarters Offices remain there all the year round. Summer population of Simla over 50,000, the winter about 15,000. [end]

Raaja Bhasin, in his Simla The Summer Capital of British India (2011) adds "Mashobra, with its picturesque setting, is well wooded like Mahasu and had estates that circulated between governors, army officers and maharajas. Below Mashobra is the glade of Sipur which Lady Lytton called: 'A small teacup shaped valley shaded by magnificent deodars.' This was a favourite spot for moonlight picnics . . .." (p. 316-317).