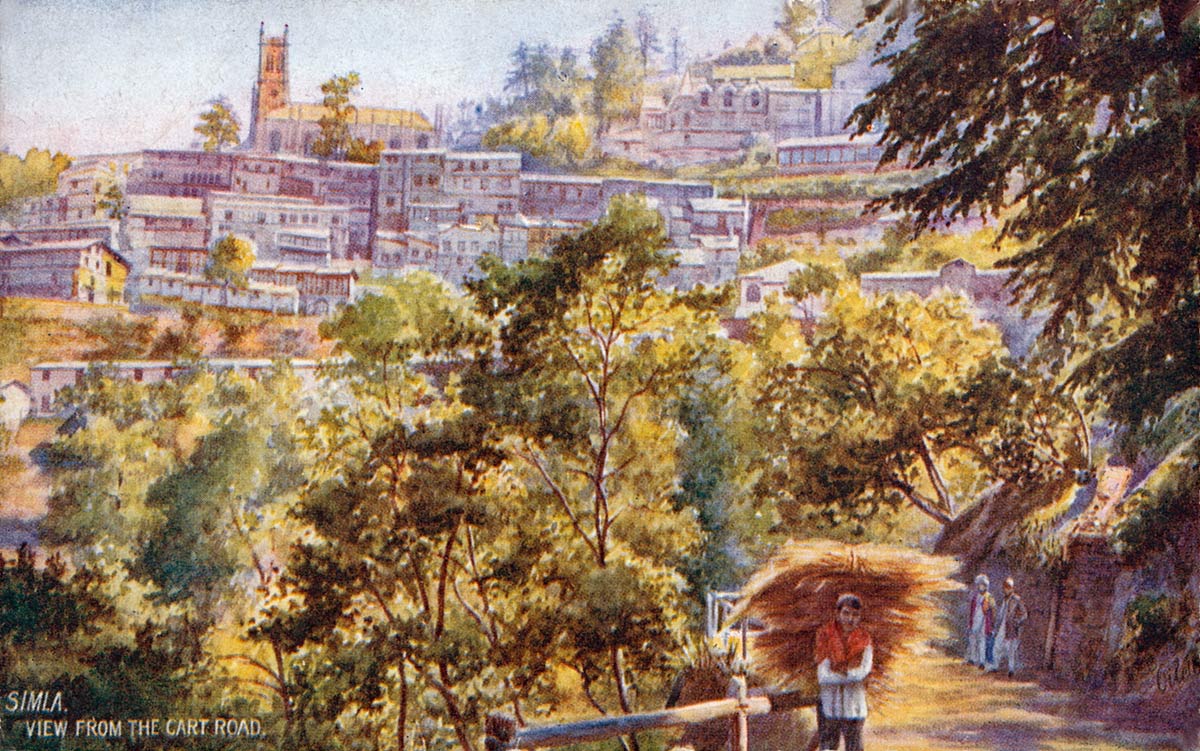 Simla View from the Cart Road

[Original caption] View from the Cart Road. Simla is in the mountainous region of the Punjab, on the southern slopes of the Himalayas. The town is beautifully laid out and the scenery is magnificent. [end]

Note the boy carrying wood in the foreground of the image – other postcards also depicted the enormous amount of manual labor required to keep a hillstation functioning. Indeed, in the early days feudal rulers in Himalayan areas could force villagers to carry goods for British officials making camp in the hills.