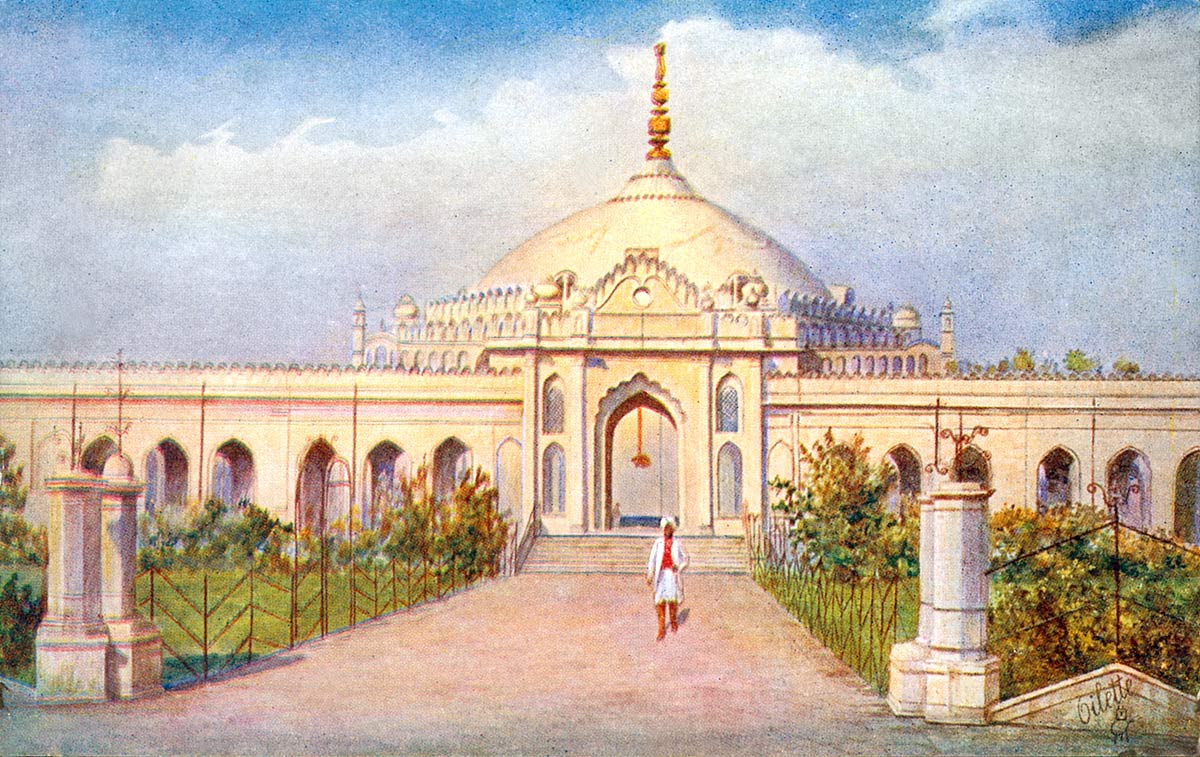 [Original caption] Shah Najaf Mosque. Lucknow. Shah Najaf is the tomb of Ghazi-ud-din Haider Khan, surmounted by a dome and surrounded by walls of such immense thickness that the heavy guns of the Naval Brigade were unable to make any impression on them. This was a severe check to the British advance in November, 1857, until some soldiers of the 93rd managed to scramble over part of the broken wall at the back, Sergeant Paton received the Victoria Cross for the part he took in this escalade. [end]

Actually an Imam Bara or Imambargah, a gathering place, rather than a mosque, a place for prayer.