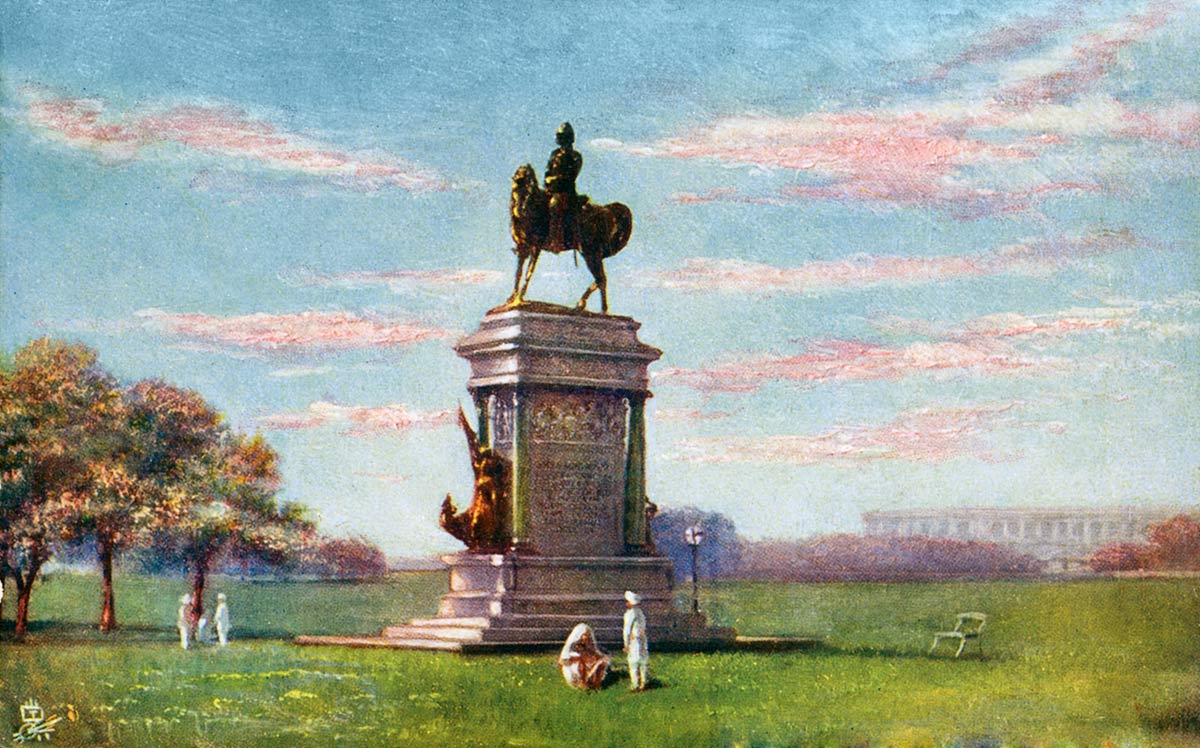 From the earliest Tuck's Kolkata postcard series, when the firm did not print its later standard captions on the back of each card. The Roberts Statue in bronze was erected to commemorate the bravery of Lord Frederick Sleigh Roberts, popularly called "Bobs" and "Lord Roberts of Kandahar" for his decisive victory there during the Second Afghan War in 1879. This statue, built by Harry Bates, was completed in 1898. The granite pedestal of silver-grey color was made by Edwin Alfred Richards, an architect from London. His wife claimed that the statue was so real that it could be taken for her actual husband.