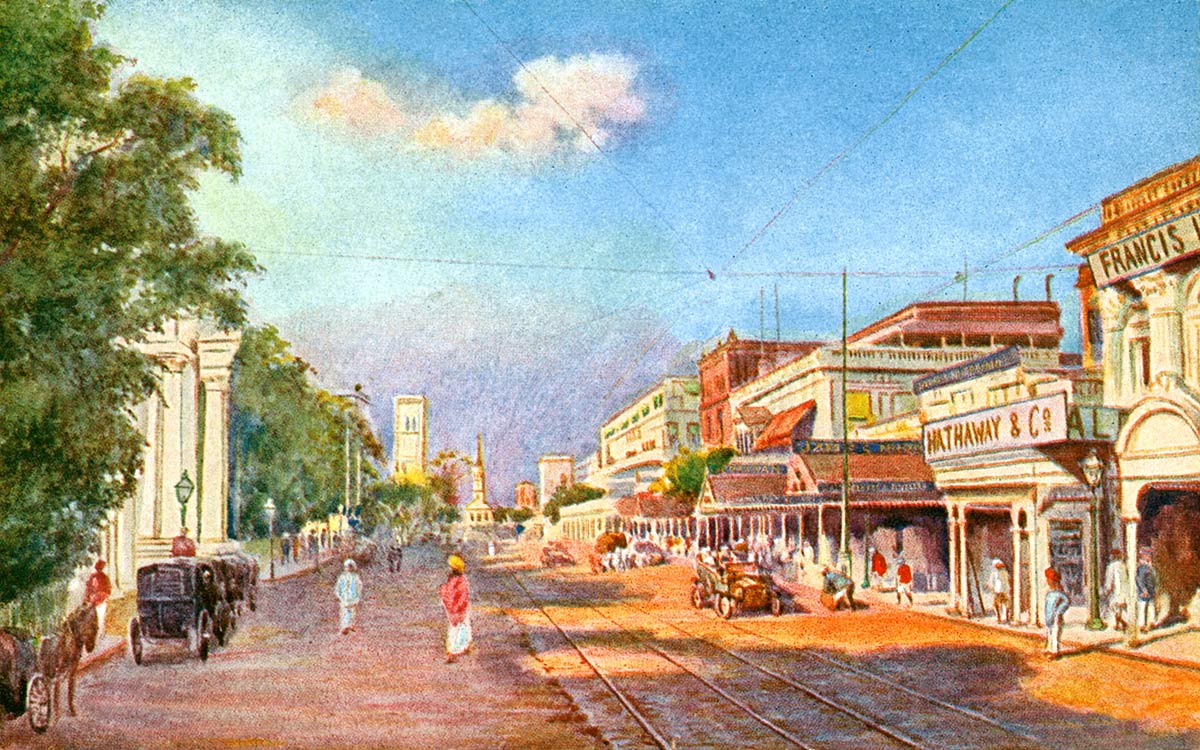 One of six cards in one of the first series of Tuck's India postcards.

[Original caption] Old Court House Street, Calcutta. Calcutta is no longer the capital of India but His Majesty the Emperor of India has declared that "it must always be the premier city." It is the leading port of the East and stands on the left bank of the Hooghly, the great waterway whereby its huge imports and exports are borne to and from the sea. It has anchorage even for ocean-going steamers and every facility for trade. [end]