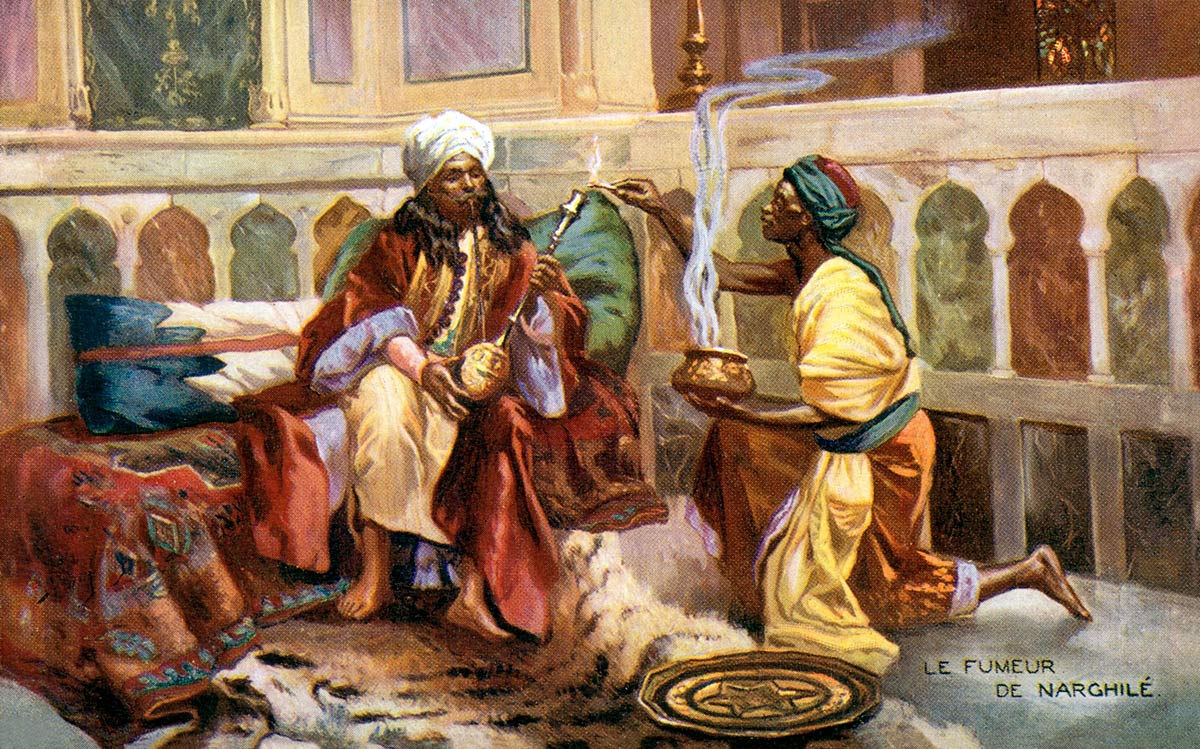 [Original caption] The Kaid sits at his ease smoking his narghileh whose gilded bow his slave adroitly feds with tiny lumps of tobacco, keef or opium. The narghileh is of the hookah family, nearly related to the hubble bubble (similar in Anglo-Indian speech) and is smoked through water. Much money is sometimes lavished upon its carving and gilding. [end]

This card was printed both as part of an early Tuck's Life in India and Life in Morocco series, showing how easy it was to confuse so-called "Oriental" countries around 1900. It may have been an error, but the "Life in Morocco" version did not remove the reference to Anglo-Indian in the caption.