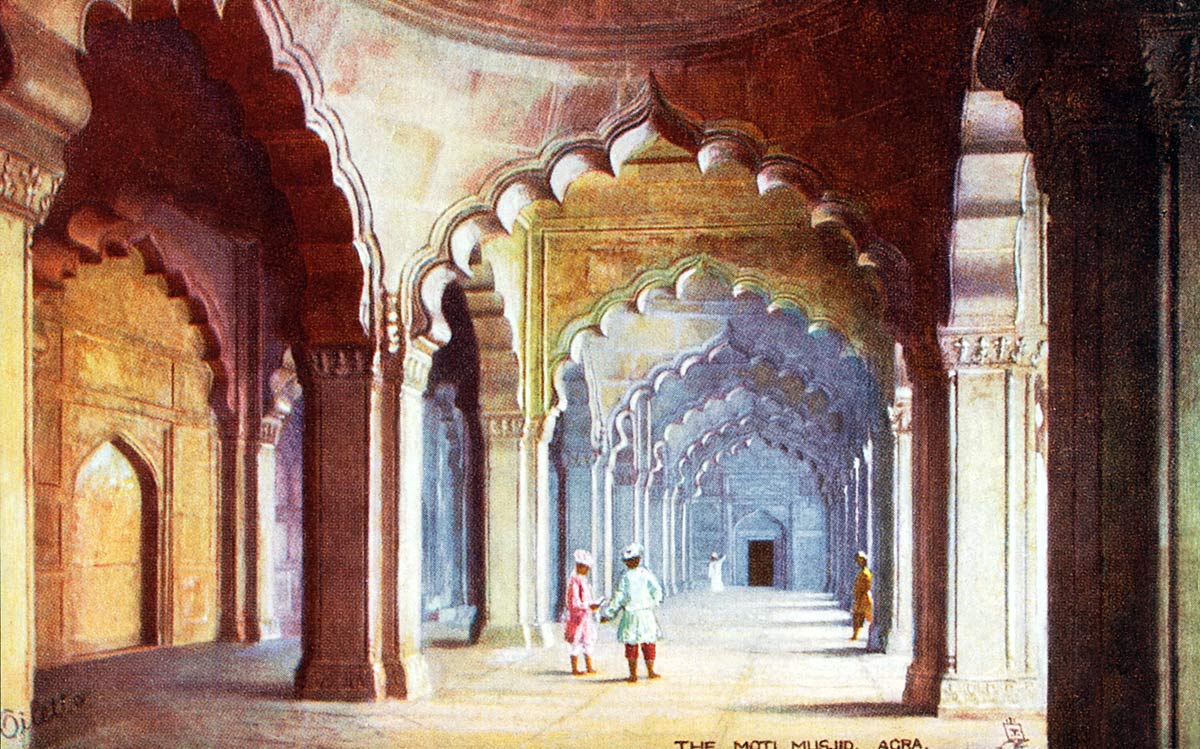 [Original caption] The Moti Musjid. The Moti Musjid or Pearl Mosque, designed by the Moghal Emperor, Shah Jehan, 1625-58, glistens as the sun gleams on the dazzling white marble. It is the purest, the most elegant of Indian mosques, and was used as a hospital during the Mutiny. [end]

From the very first Tuck's Agra series, this particular interior was one of the most popular photographed views in the 19th and early 20th century in Agra besides the Taj Mahal.