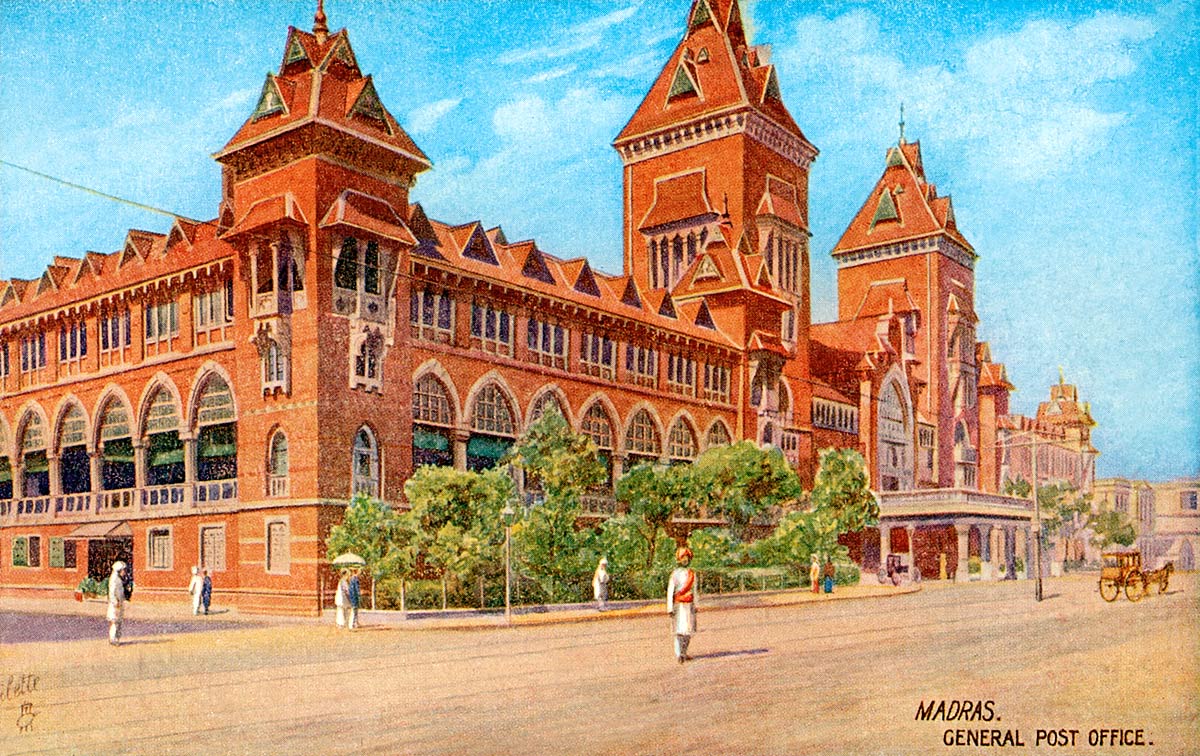 [Original caption] General Post Office. The general buildings of Madras are more than usually handsome. Along the seafront stretching north from the Esplanade are the General Post Office and the Bank of Madras, the Custom House, etc. and west of these the thickly inhabited native quarter known as Black Town. [end]

"Black town" was the common racist term used in other cities, especially Kolkata, to refer to the area where "native" local inhabitants lived.