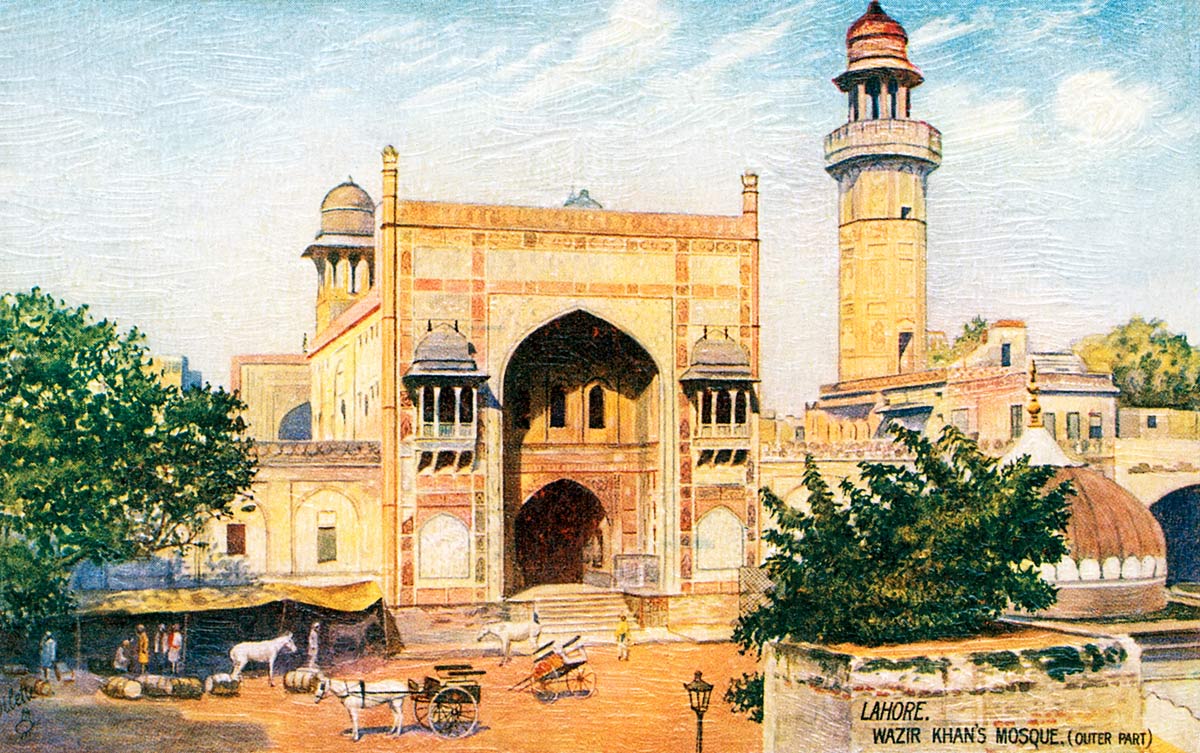 This beautiful building is also known as the "Mole on the cheek" of Lahore's landscape. Its minarets offer spectacular views of the walled city. One was climbed by Rudyard Kipling who wrote an original version of his short story The City of Dreadful Night here in the early 1880s.

[Original caption] Wazir Khan's Mosque (Outer Part) Lahore. This beautiful mosque was built in 1634 by Hakim Alau-ud-din, Governor of the Punjab under Shah Jehan, Over the noble entrance is written in Persian "Remove thy heart from the gardens of the world and note that this building is the true home of man." From the gallery round the minaret in the picture there is a fine view over the City of Lahore. [end]