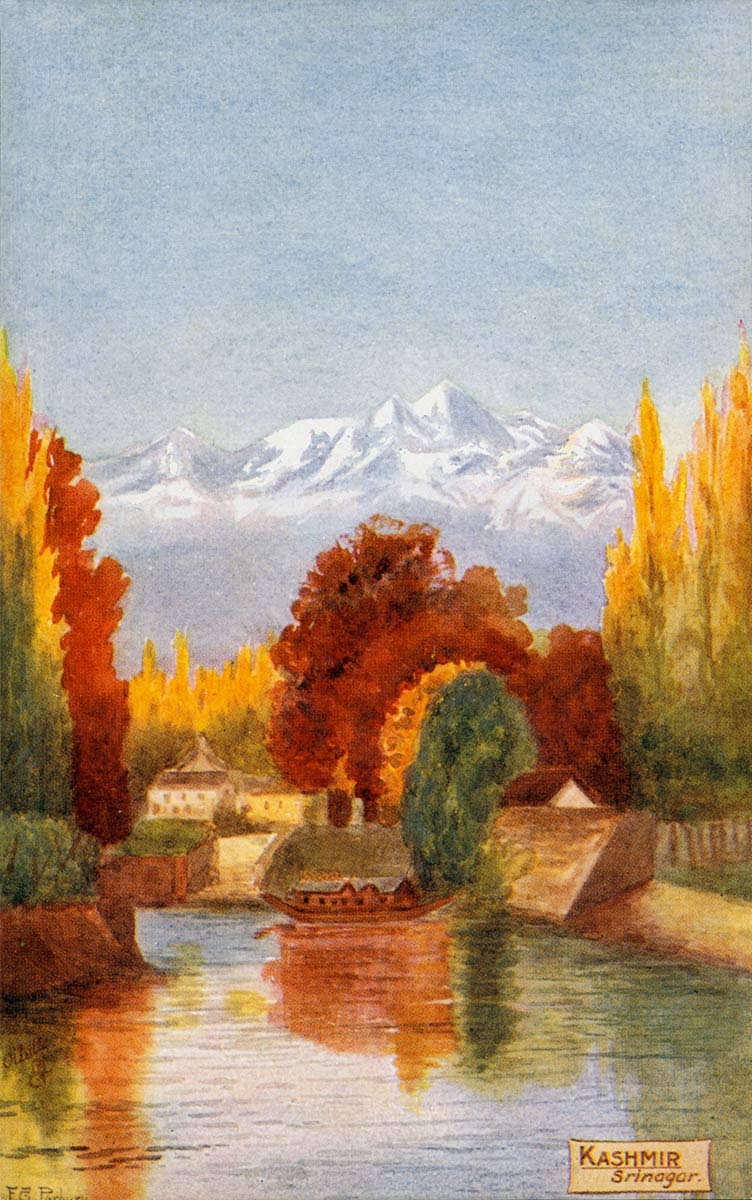 [Original caption] Srinagar (the Venice of the East) in the beautiful and famous vale of Kashmir, is one of the chief cities of that native State. It was founded during the sixth century, and is a picturesque wooden-built town, situated on both sides of the Upper Jhelum. Autumn tints here are most beautiful, the distant snow-capped mountains making a fine background for the brilliant yellow of the fading poplars and the vivid crimson of the Chenar trees. [end]

The warm colours of autumn leaves are rendered in thick brush strokes recalling the old Dutch masters paintings that Tuck's was so well known for reproducing. This card is from Tuck's first Kashmir series, signed by the artist F. Parbury and first mentioned in The Postcard Collector in January 1906.