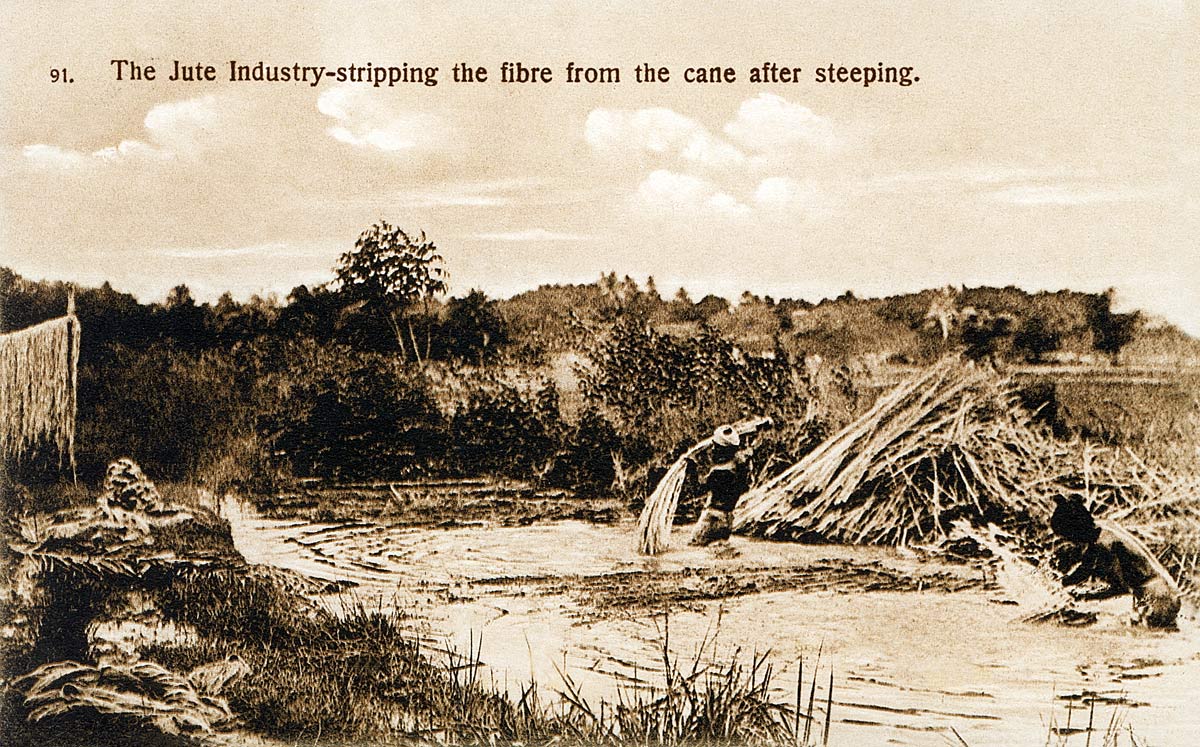 The Jute Industry-stripping the fibre from the cane after steeping.

"Another sign of the transition from the wet to the dry season was to be seen in the immense number of jute-stem stacks standing on every field and lawn," wrote Nirad Chaudhry in his Autobiography of an Unknown Indian. "After the bark which yields the fibre had been stripped off, the stems of the jute plant were dried and put to a variety of uses. Consisting of a white pith like substance and being light, brittle, and inflammable, they were used for lighting fire; and being tall and rigid at the same time they were made into screens, partitions and the like with a stiffening of bamboo. Every household bought the year’s supply at the end of the wet season, but before being put away the stems were given a thorough airing and drying. So they stood everywhere in white stacks eight to ten feet high, spread out at the bottom and tied at the top, and bearing some resemblance to the wigwams of Red Indians. We made narrow doors into them by pushing away some of the stems and hid within, either in the course of hide-and-seek or for sheer mischief." (1951, Addison-Wesley 1989 edition, p. 12)