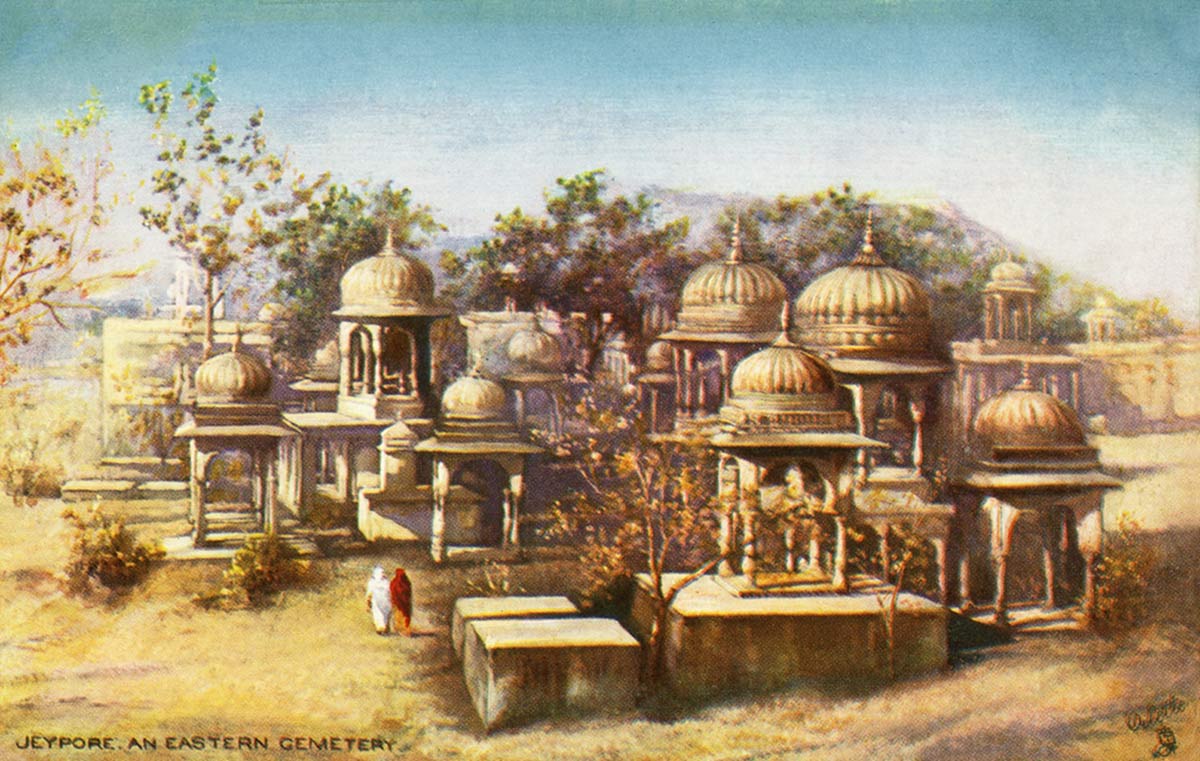 [Original caption] An Eastern Cemetery. The cemeteries of Rajputana in which is situated the state of Jeypore, are as picturesque as all that surrounds the lives of the Rajputs. This fine race comes nearest in ideas, aspect, stature, demeanor, costume and equipage to those of European chivalry of the feudal times. The Rajput Princes claim to be descended from the Sun and Moon. [end]

This card was stamped by the Royal Horse Artillery in Lucknow on July 3, 1912, and is from the first Tuck's Jaipur series.