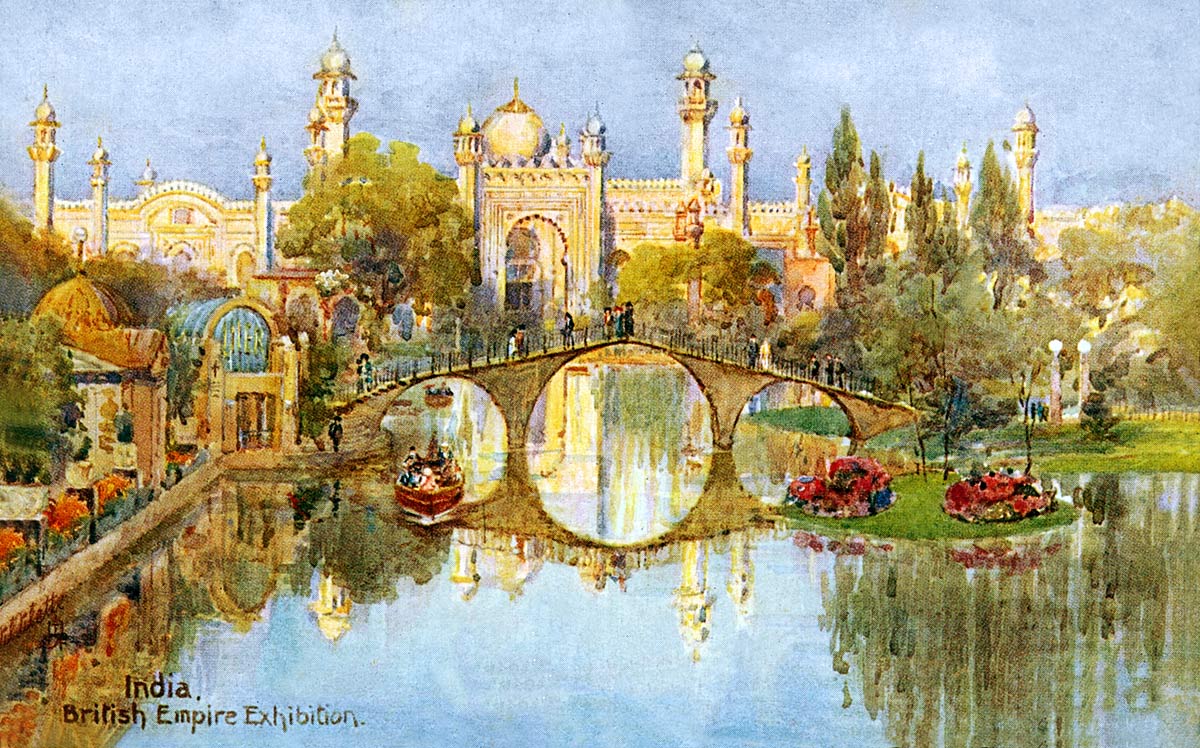 [Original caption] Through the portals of the INDIAN PAVILION twentieth-century London is left behind and the visitor enters the atmosphere of mystery and romance which characterizes the East. Passing on one may penetrate the Jungle with its big game and British and native trackers and hunters, and later on in the Indian Theatre behold the snake charmers and jugglers with their weird tricks and enchantments. Indian industries, products and art afford a wonderful display and in the restaurant are served special Indian dishes. [end]

A caption that succinctly summarizes Orientalism. Charles Edwin Flower [1871-1951] was Tuck's chief postcard artist whose paintings of replica buildings at the British Empire Exhibition in Wembley in 1924 were made into a series of postcards by the firm.