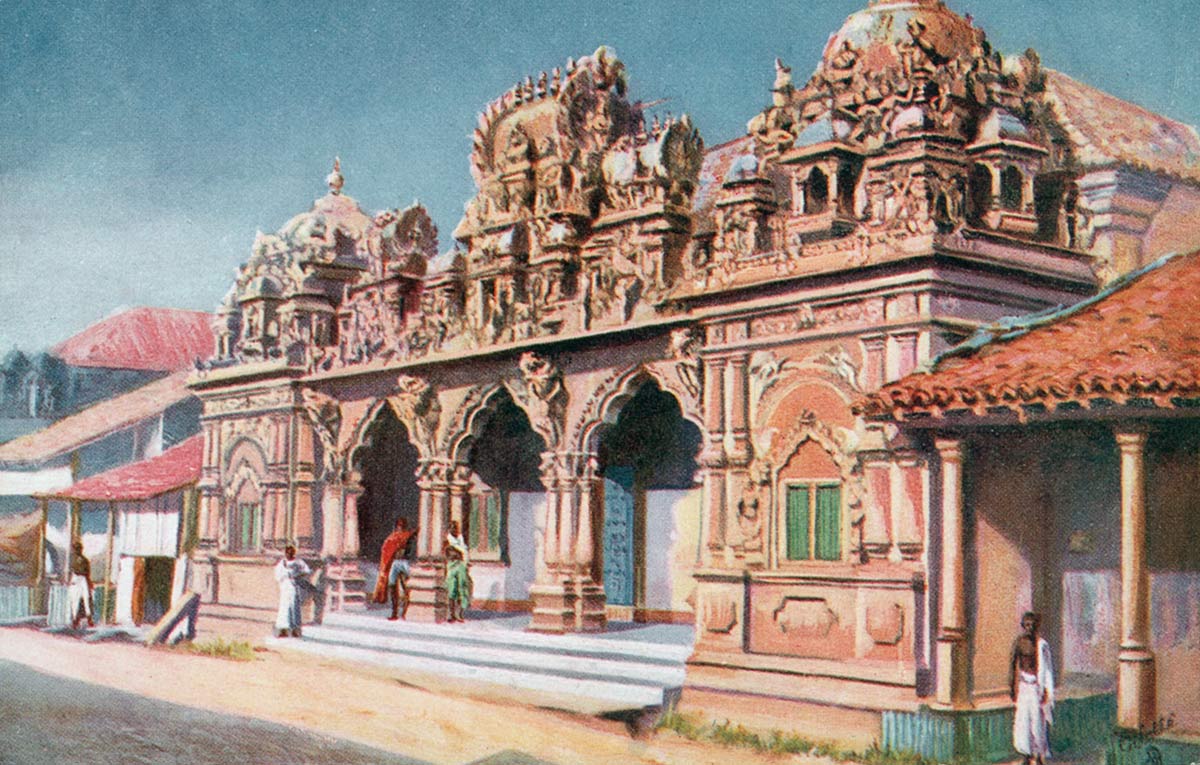 [Original caption] Hindoo Temple, Colombo. In the Pettah or native quarter of Colombo is Sea Street, and in Sea Street are twin Hindoo temples, one of which is shown here. Neither is of great size, but the carving upon their domed and balconied fronts is of much beauty and richness. On each side of them blaze the red roofs of the native rice stores. [end]

One of two Hindu temples on Sea Street, from the very first Tuck's Ceylon postcard series.