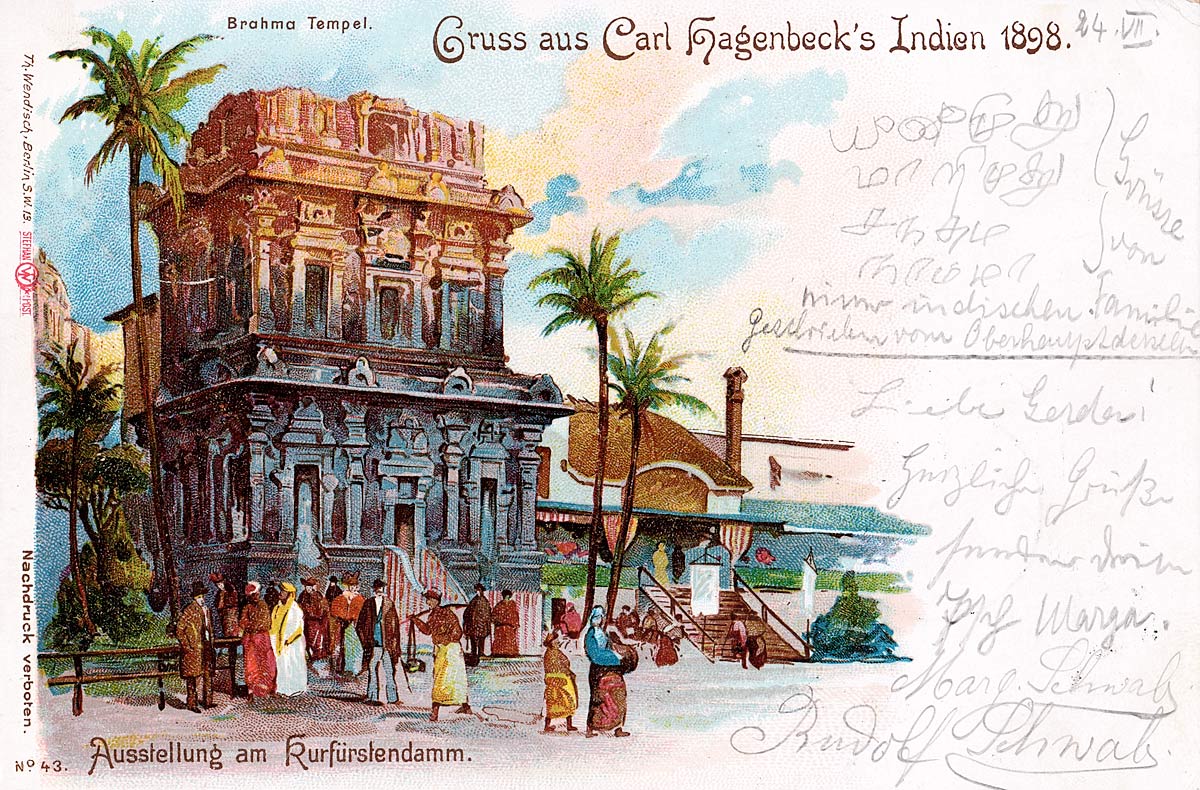 An early Exposition postcard by a German exotic people's promoter. The handwritten message, dated Dec. 24, 1898 seems to include some script in an Indian language, with the message next to it saying "written by our head bearer" and below it saying that it is "Greetings from our [?] Indian family, Margaret and Rudolf Schwab." It is possible that this was referencing Indian visitors who were in Berlin as part of the exhibition.

Carl's brother John was also a fine publisher of postcards, and worked in Colombo at this time.