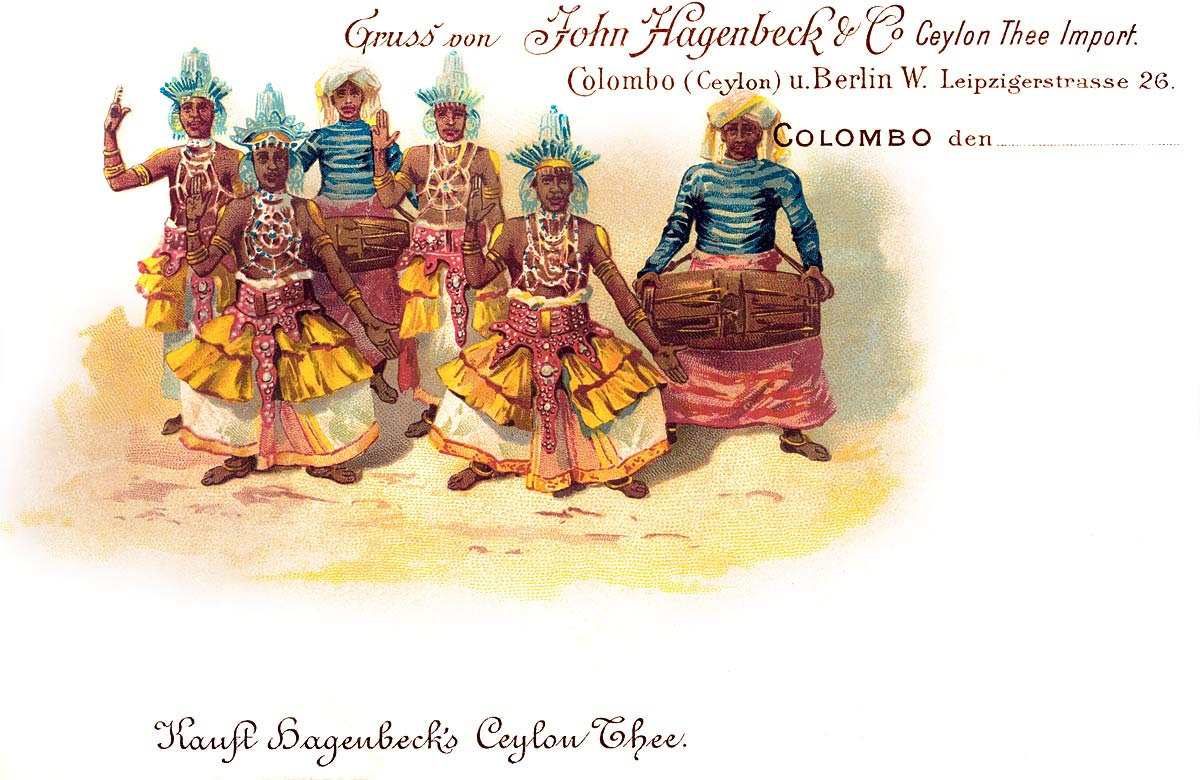 The main driver of Sri Lanka’s economic growth during the colonial period was the tea industry. Developed by a number of enterprising European investors who came to the island seeking a fortune, one of whom was John Hagenbeck, the younger half-brother of Carl Hagenbeck, the famous German animal promoter and founder of the Hamburg Zoo in 1907. Together, the brothers published postcards of exotic people and scenes at European exhibitions. John Hagenbeck (1866–1940) set up plantations in Ceylon at the age of twenty. His firm is also described in a Colombo merchant directory from 1906 as a “ship chandler”—one who supplies services to ships at port—and as an “exporter of wild animals.”

This card, postmarked in Hamburg in May 1899, is a particularly beautiful lithographic card, and says to "Buy Hagenbeck's Ceylon Tea."