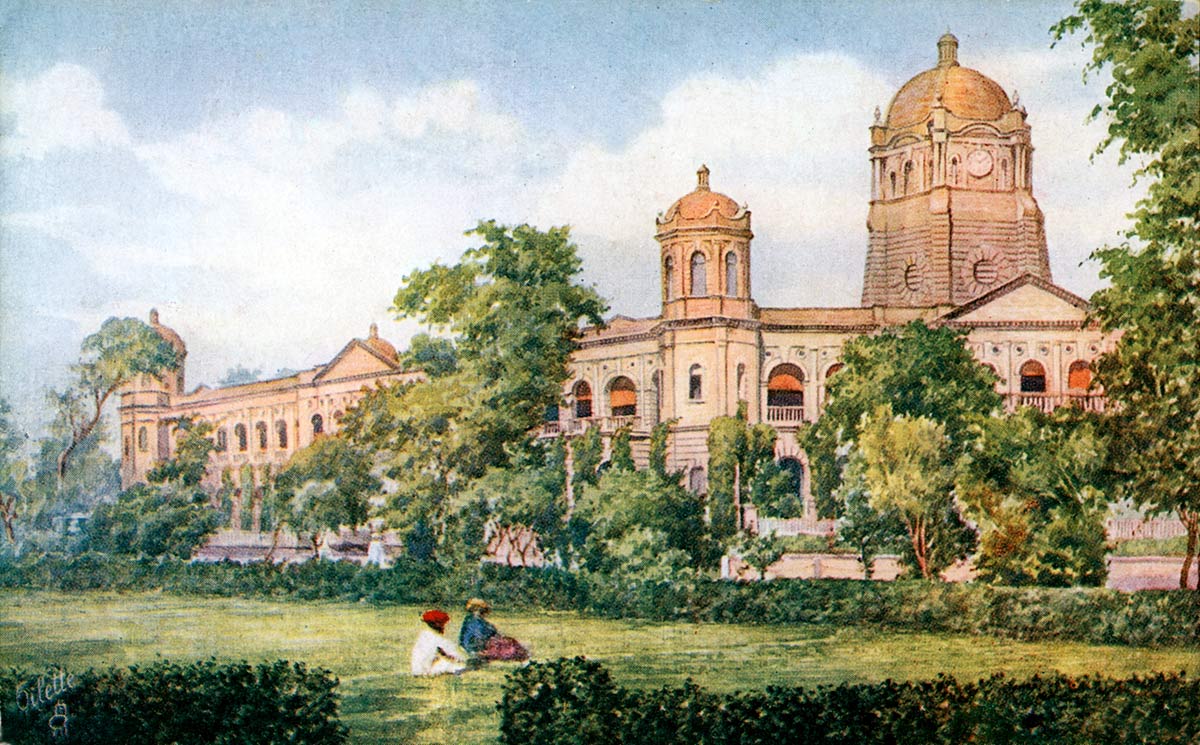 One of several buildings built by the British, the G.P.O. still dominates one end of the Mall near Anarkali.

[Original caption] General Post Office, Lahore. Lahore is the capital of the Punjab Province of India. Its origin is legendary and uncertain, but it is referred to by a Chinese pilgrim in the 7th century. Since British rule commenced in 1849, many fine buildings have been erected in the modern city and the General Post Office is a stately and commodious pile with attractive surroundings. [end]