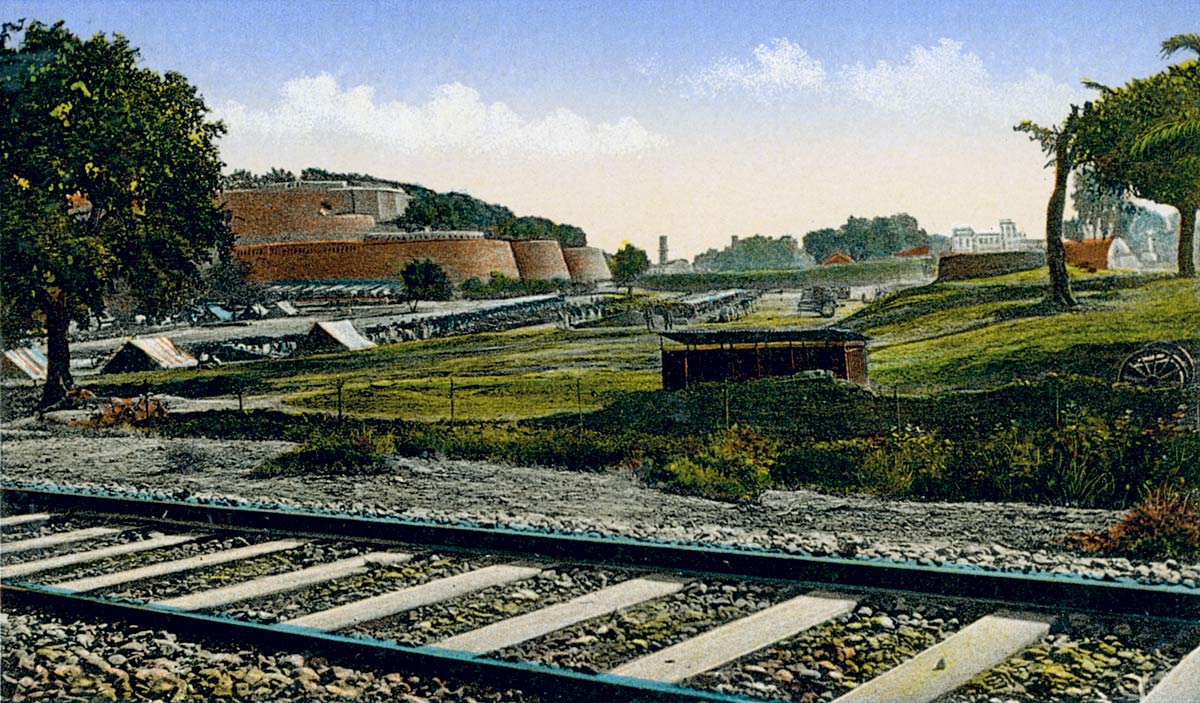 An unusual postcard in its deft juxtaposition of old and new, railway tracks and historic fort. The Bala Hisar Fort is Peshawar's largest landmark derives its name "Bala Hisar" from Persian, meaning elevated or high fort. Its name was apparently given by the Afghan King Taimur Shah Durrani (1773-1793). The Sikhs who conquered Peshawar named it Samir Garh in 1834 but the name did not become popular. The fort stands on a high mound in the northwestern corner of Peshawar City and is today an army base and jail where many a political prisoner has spent time over the years. The railway connecting Peshawar and Lahore first ran in 1876.