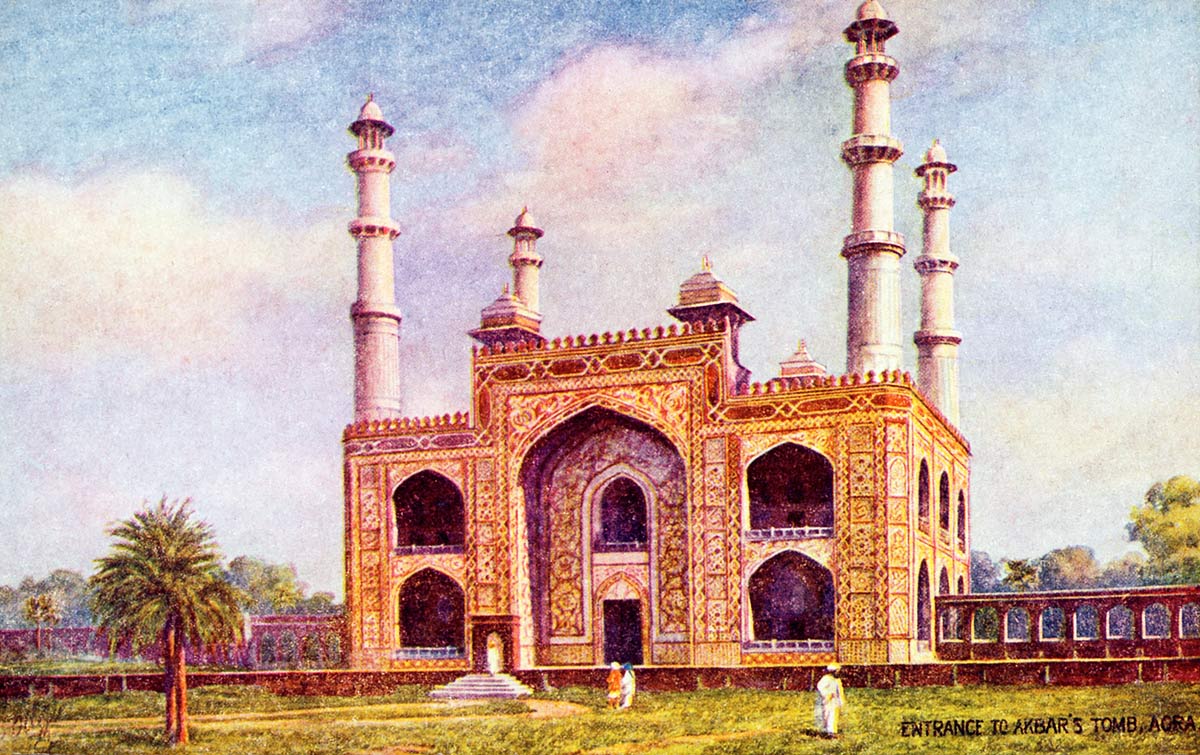 [Original caption] Entrance to Akbar's Tomb, Agra. The Mausoleum of the Emperor Akbar who reigned 1488-1518 A.D. is some distance from the cantonment at Agra. On the way to it is a sculptured horse to commemorate a favourite of the Emperor. The mausoleum is of red sandstone and white marble and the cenotaph itself is of white marble surrounded by a lattice-work screen of the same material. Through this the sighing winds whisper a continual requiem over the great Emperor. [end]