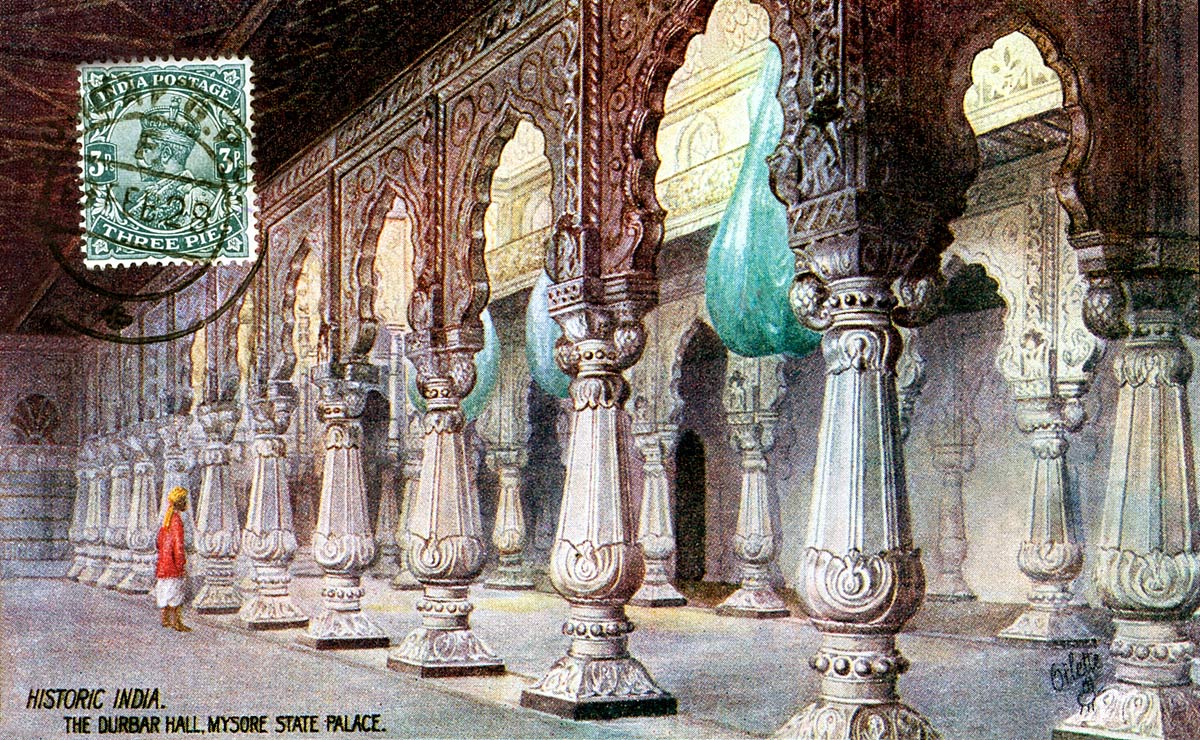 [Original caption] The Durbar Hall. Mysore State palace. The palace is built in Hindu style, the front supported by four fantastically carved wooden pillars. The hall is an open gallery where the Maharajah shows himself to the people, seated on his throne. The throne was of figwood overlaid with ovory, but after the restoration of the Raja the ivory was plated with gold and silver embossed with Hindu figures. [end]

Singling out a human being in a postcard with a daub of red was a common technique in the early days of postcards, while a stamp positioned in an upright position could mean nothing, or mean "Write soon."