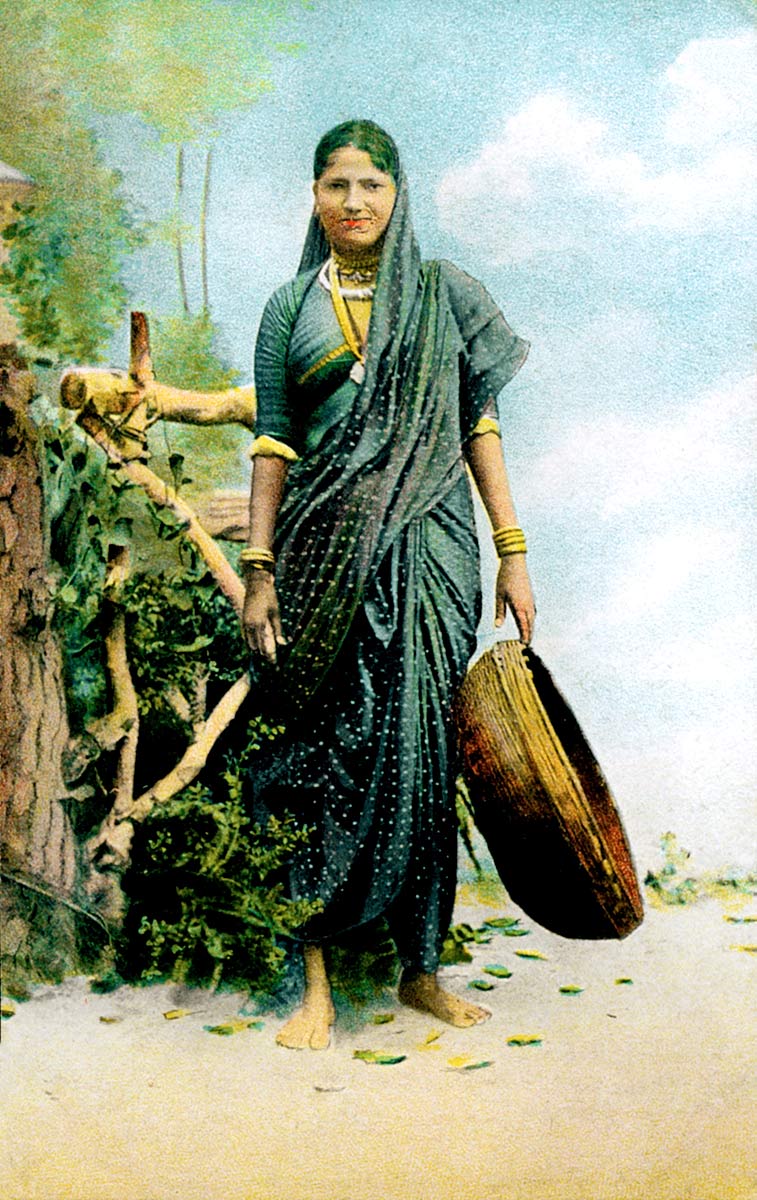 The growth of a city like Bombay was largely dependent on the work of laborers who carried bricks and building materials on wicker baskets on construction sites, much like they do today, which must be part of the reason why they were such common postcard subjects. While the word "coolie" or "cooly" originally referred to workers with low-status in the society, and Hobson-Jobson suggested one origin of the term among the Koli hill people near Bombay, this source of Anglo-Indian terms was also vexed by the term, and dedicating two pages to unpacking its origins, continued: "though this explanation of the general use of the term Cooly is the most probable, the matter is perplexed by other facts which it is difficult to trace to the same origin. Thus in S. India there is a Tamil and Can. word kūli in common use, signifying 'hire' or 'wages,' which Wilson indeed regards as the true origin of Cooly. [Oppert (Orig. Inhab. of Bharatavarsa, p. 131) adopts the same view, and disputing the connection of CoolyKoliKol, regards the word as equivalent to 'hired servant' and originating in the English Factories on the E. coast.] Also in both Oriental and Osmanli Turkish kol is a word for a slave, whilst in the latter also kūleh means 'a male slave, a bondsman' (Redhouse). Kholis in Tibetan also a word for a servant or slave (Note from A. Schiefner; see also Jäschke's Tibetan Dict., 1881, p. 59). But with this the Indian term seems to have no connection. The familiar use of Cooly has extended to the Straits Settlements, Java, and China, as well as to all tropical and sub-tropical colonies, whether English or foreign" (1903, p. 250).

There may be many derivations of the word, but not nearly as many as lived and live the lives of coolies.