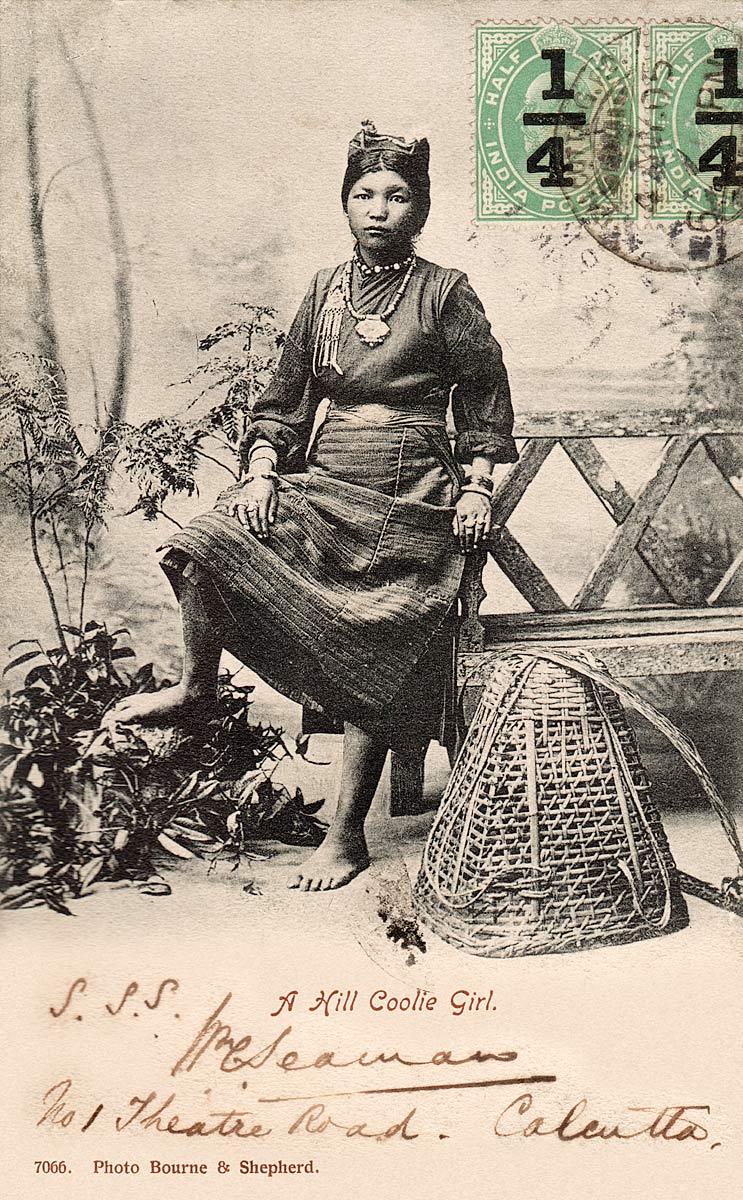 Although a coolie – "a hired labourer, or burden-carrier"(Hobson-Jobson, p. 249) – were at the bottom of the social ladder, and the word is said to originally come from Kolis, a hill-people in the Western Ghats, "whose savagery, filth and general degradation attracted much attention in former times" (p. 249) – this woman, though barefoot, seems somewhat contrary to the stereotype. Her carrier bag is set down, she is leaning on a bench in the studio, looking straight out of the frame. Sometimes a postcard could just slightly unsettle a stereotype. Perhaps the sender, Mr. Seamus of No. 1, Theatre Road, Calcutta, has placed two stamps (overprinted with a 1/4 anna value) of King Edward VII right next to her. One of them is folded over on the back so as not to disturb her face. Whoever she is, she certainly has presence.