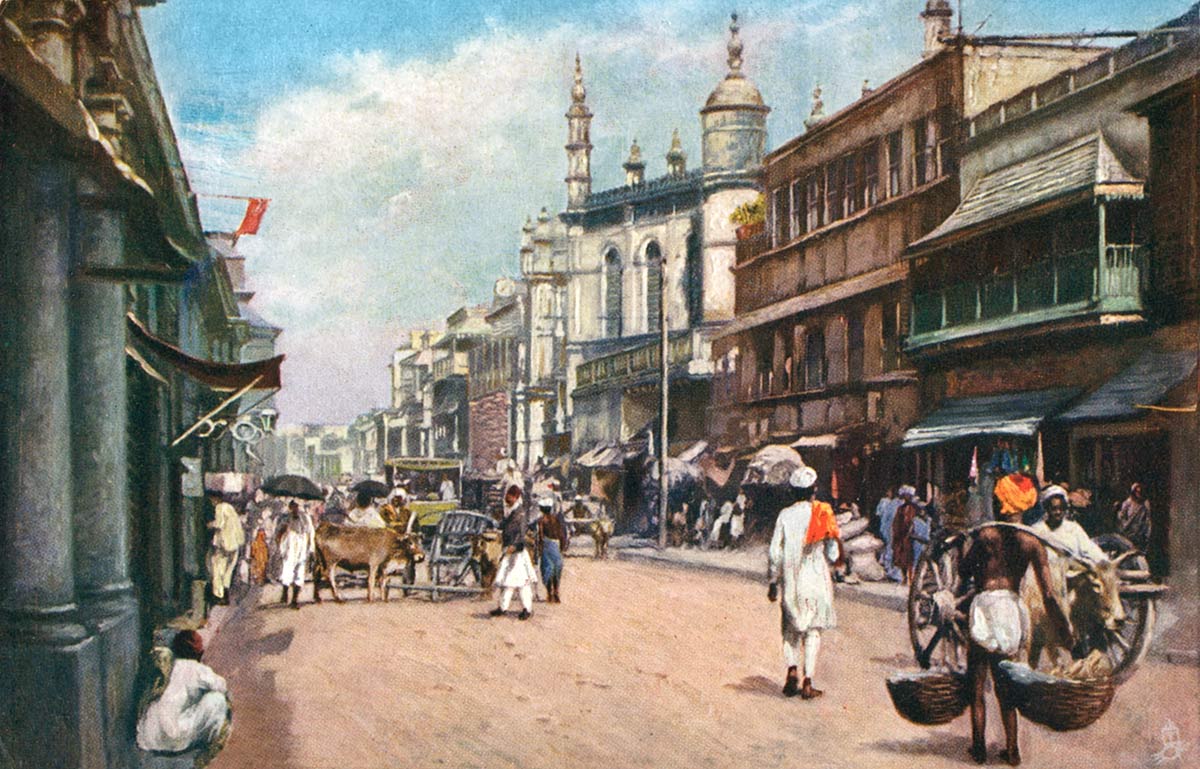 One of Tuck's very first Kolkata postcards, before they put explanatory captions on the back.

Chitpur (Chitpore) owes its name to goddess Chiteswari whose temple was destroyed during the earthquake of 1737. Chitpur road, one of Kolkata's oldest roads had many dharamshalas (shelters) and shops. Today Chitpur road and its surroundings are home to many potters as well as shops that make musical instruments.