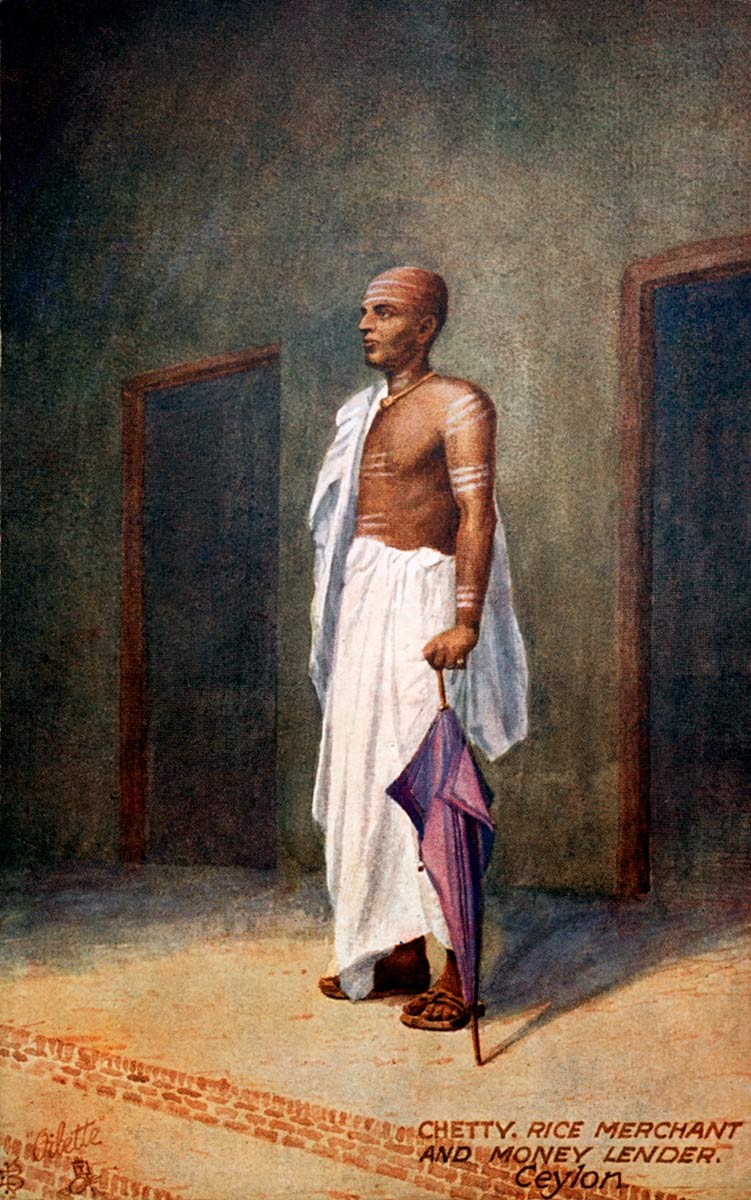 [Original caption] The Chettya are one of the trading castes of India whose mercantile activities take them far afield. The white horizontal lines on the body and forehead of the figure in the picture signify that the wearer is a follower of the Hindu god Siva. [end]

Probably made from a photograph, as many of Tuck's Oilette's were, they dark background and low-angle of the image speak to the enormous power a man like this would have wielded.