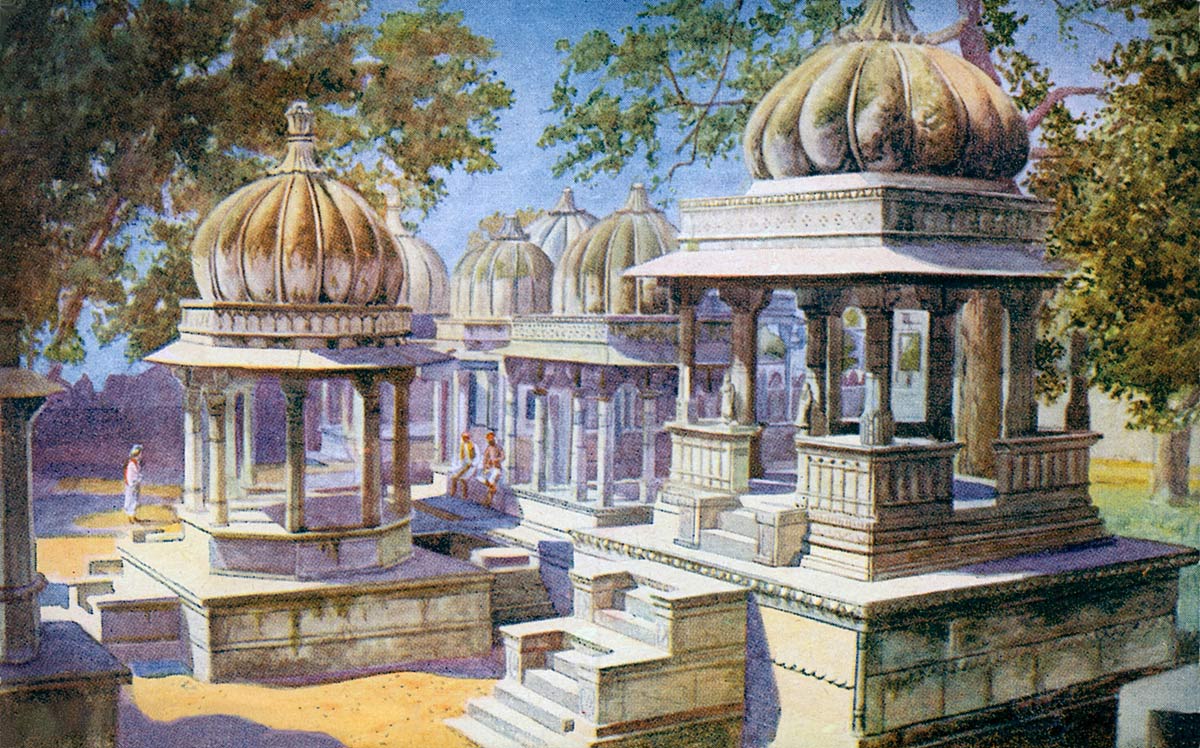 Burial monument of the 17th century Rajput rule, Maharaja Sawai Jai Singh (1688-1743) who built the state of Rajputana into a formidable independent kingdom, founded the planned city of Jaipur and founded major astronomical observatories both there next to the central palace and in Delhi and Varanasi [Benares].

[Original caption] Cenotaph of Maharana Jai Singhji. India has not only a wonderful and momentuous history - it is a land also of passion and romance; a land of temples and palaces whose architecture is one of the wonders of the world. A volume might be written upon its many beautiful tombs and cenotaphs, beginning with the Taj Mahal at Agra and continuing in a long list of noble memorials of its royal and illustrious dead. [end]