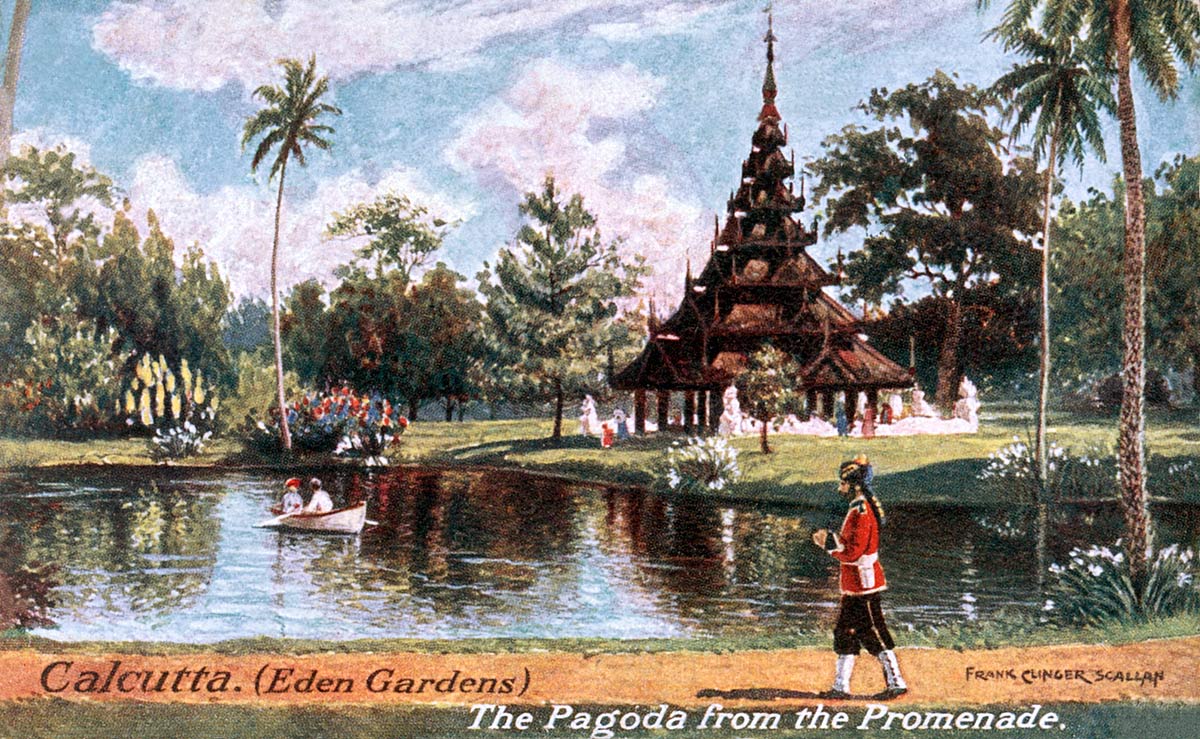 Calcutta. (Eden Gardens) The Pagoda from the Promenade

Another colorful artist-signed postcard of one of Kolkata's most prominent landmarks and postcarded spaces. Scallan was a prominent Anglo-Indian artist who spent much of his life in the city, and made this series for one of the city's largest retailers. Eden Gardens was originally built in the 1840s, and is adjacent to the Eden Gardens cricket stadium, built in 1864, much expanded since and currently India's second largest cricket stadium.