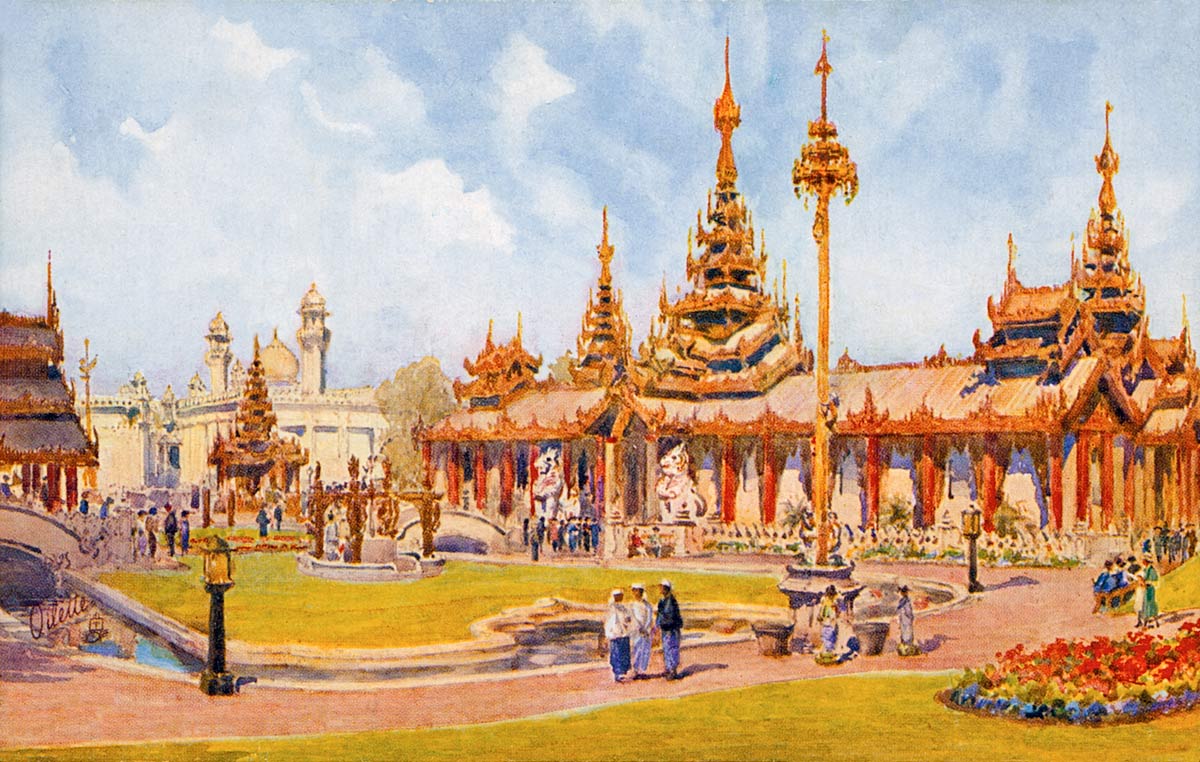 The British Empire Exhibition in 1924 at Wembley, North London was held to commemorate Empire trade; Charles E. Flower was one of Tuck's most prominent postcard artists.

[Original caption] The Burmese Pavilion constructed of teak carved by the best craftsmen of Mandalay and Rangoon, and guarded by a monster pair of leogriffs, has an eastern grace and mysterious dignity admirably set off by the surrounding garden with its Indo-Malayan shrubs and splendid Burmese peacocks. Much may here be learned of the national life of Burma and the romantic scenery and it is a delight to linger over the lovely lacquer work and silks, while through the village resounds the sweet tinkle of the myriad little bells on the gilded spires. [end]