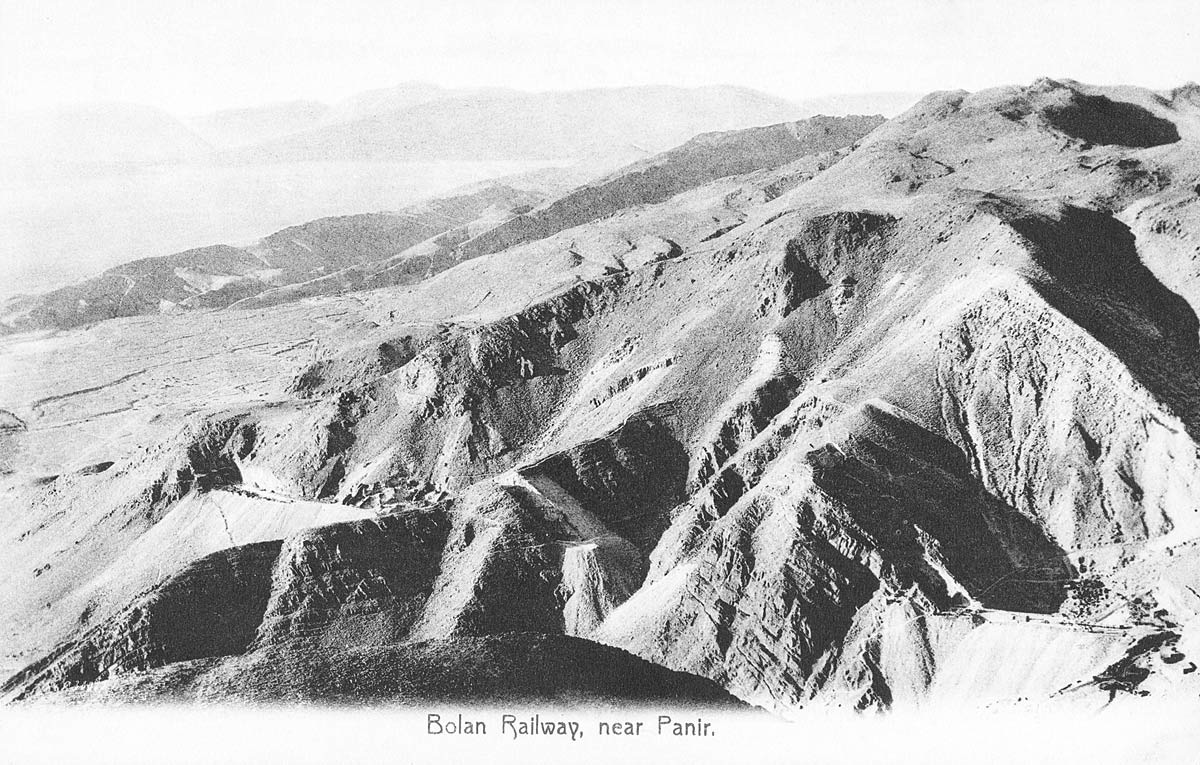 The Khojak tunnel, opened in 1892, is almost 2.5 miles in length and passes through the hills shown here. Apparently, as the two halves of the tunnel, each bored from one side, were coming together in the middle, the fit was not perfect and adjustments had to be made. The Bolan Railway was built in the 1880s to connect Sibi with Quetta, Balochistan's capital. In the 1890s it was extended to Chaman, on the southern Afghan frontier and near the scene in the postcard. The British had hoped to extend it to nearby Kandahar, but the Amir of Afghanistan, understanding this as a threatening imperial move, forbade the railway's extension. It was never completed.

This photograph was taken by Fred Bremner, the premiere photographer of British Baluchistan who followed the construction of railway lines and tunnels throughout the province with his camera. He had studios variously in Quetta, Lahore and Simla from 1889 until 1923.