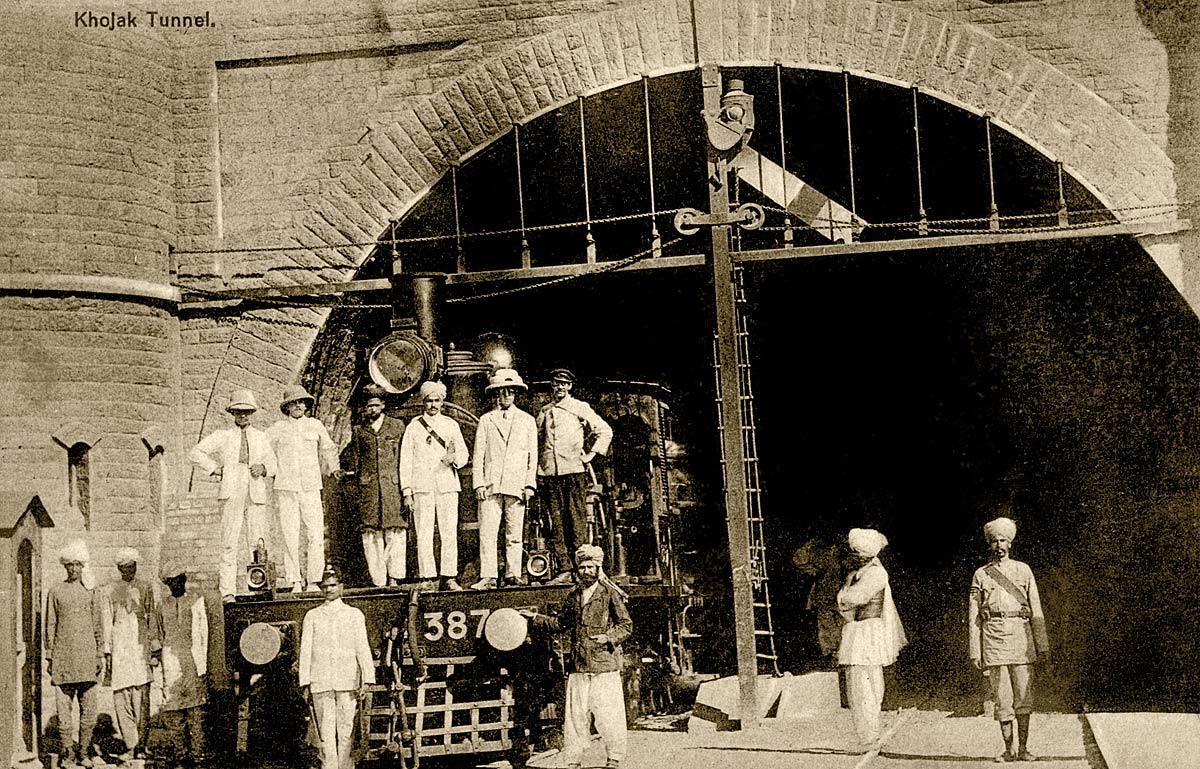 This postcard shows some of the team that constructed the Khojak Tunnel in Balochistan, one of the great feats of 19th century engineering in the subcontinent. Almost 2.5 miles in length, numerous European engineers helped in its construction. Another photographer based for many years in Balochistan, Fred Bremner, wrote in his autobiography: “When I went to visit that part of the country there was at work a party of about thirty British miners, who were helped by hundreds of Indians in the construction of what is known as the Khojak Tunnel, four miles in length, passing through the Khawaja range. These European miners were being handsomely paid. They were a somewhat rough lot, but from all accounts very kindly disposed. Usually they had on pay day what might be termed a “burst up” – quite jolly and reveling in drinking bottles of beer.”