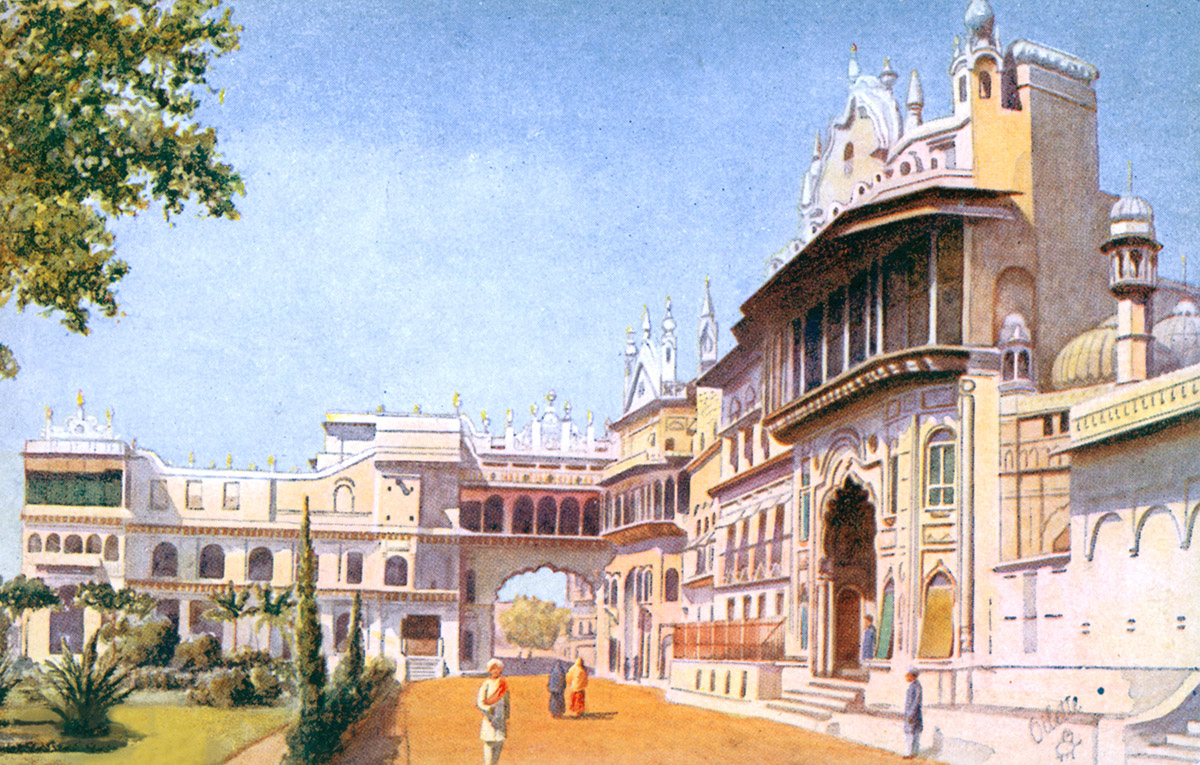 [Original caption] Bhopal Palace–Main Entrance. The rulers of Bhopal have also been very friendly towards the British and the alliance dates back beyond a century. The State maintains a a force of regulators and cavalry, highly efficient. The Citadel walls afford a fine view of the lake and surrounding country and the Palace of the Begam is a large and imposing building. [end]

The main entrance to Gohar Mahal, built in 1820 by Qudsia Begum. The Gohar Mahal fuses Hindu and Mughal architecture, and is situated behind Shaukat Mahal on the banks of the Upper Lake. A large and imposing architectural gem with a fine view of the lake and countryside, the palace was built in 1820 by the teenage, Qudsia Begum, the first female ruler of Bhopal. In 1818, Bhopal became a princely state in British India, and a year later, 18-year-old Qudsia (or Kudsia) Begum (also known as Gohar Begum) became the first female ruler of Bhopal following the assassination of her husband. She was young and illiterate but brave, and refused to follow the purdah tradition. She declared that her two-year-old daughter Sikander would succeed her. In addition to her beautiful palace, the teenage ruler also built the Jama Masjid of Bhopal. She ruled till 1837.