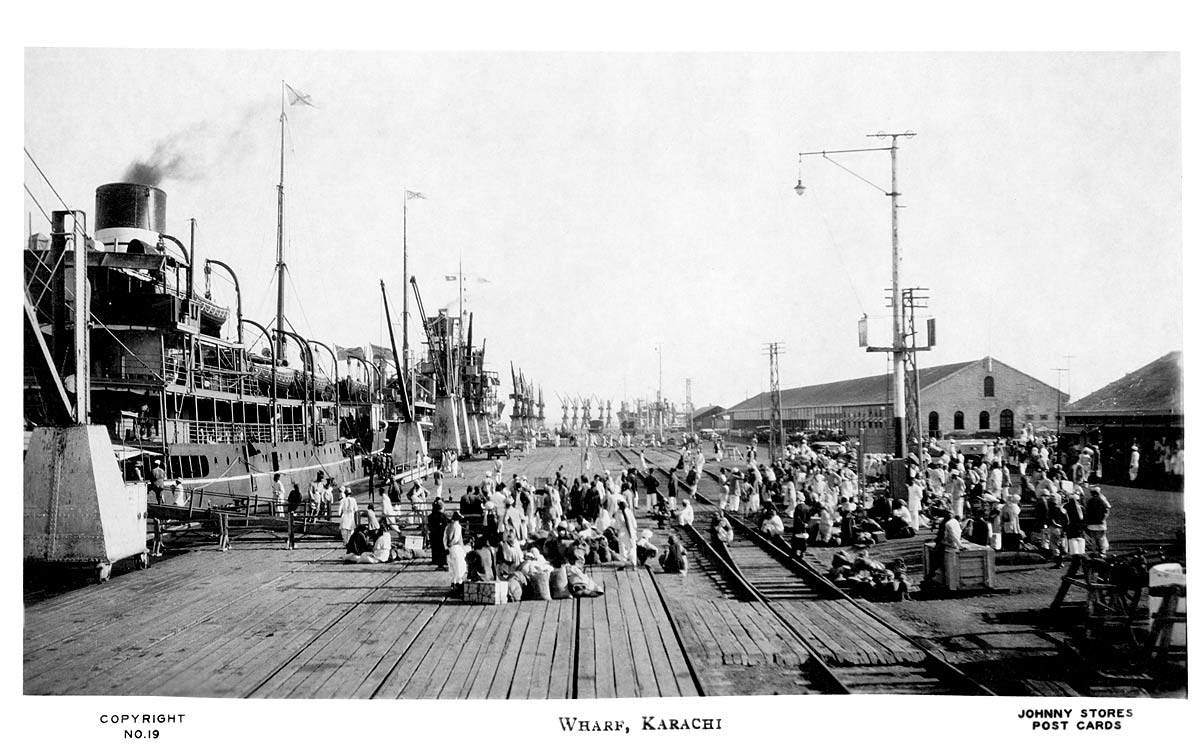 Johnny Stores - run by a man named Janki Das - was one of Karachi's most prominent postcard publishers from the 1920s through 1940s. This postcard shows Hindu refugees leaving the city either in late 1947 or 1948, as the photograph is titled "Hindus Leaving Karachi" elsewhere. The firm also published images of Muslim refugees sheltering in Karachi's Race Course. According to the late DAWN Karachi columnist Ardeshir Cowasjee, Johnny Stores referred to a stall on Elphinstone Street (now Zeb-un-Nissa street). British soldiers changed "Janki" to "Johnny." Johnny Stores used to sell toffees, sweets, chewing gum, pencils, pens, battery cells, and other odds and ends. It also sold nicely printed black-and-white postcards of Karachi that may have been photographed by someone else, although the variety of informal postcards also published by the firm, like those of the Karachi Congress Party Meeting in 1931, suggests that Janki Das may have been the photographer.