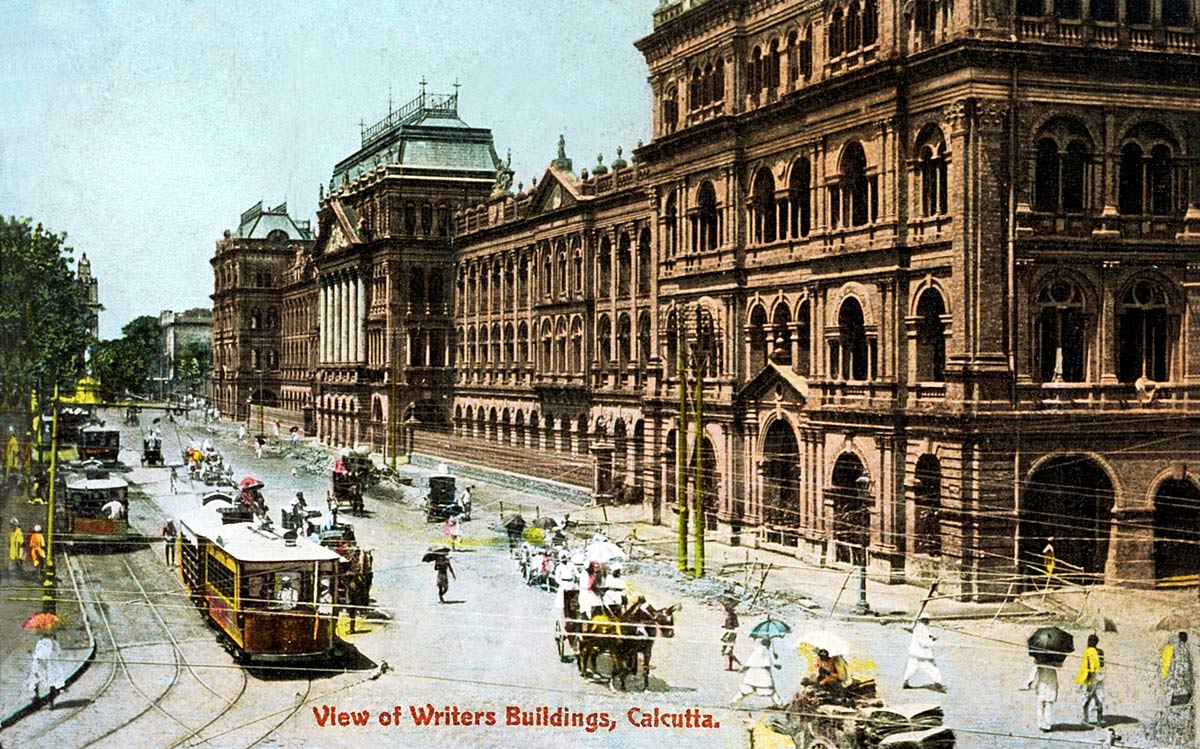 The Writer's Building in Kolkata was where India was governed from the late 1700s until 1857. "Writers" were recruits who came from England to make their fortunes with the British East India Company; some became fabulously wealthy "nabobs," although many died young while trying. Around the Writer's Building grew Dalhousie Square, the business center of Kolkata since the 19th century.