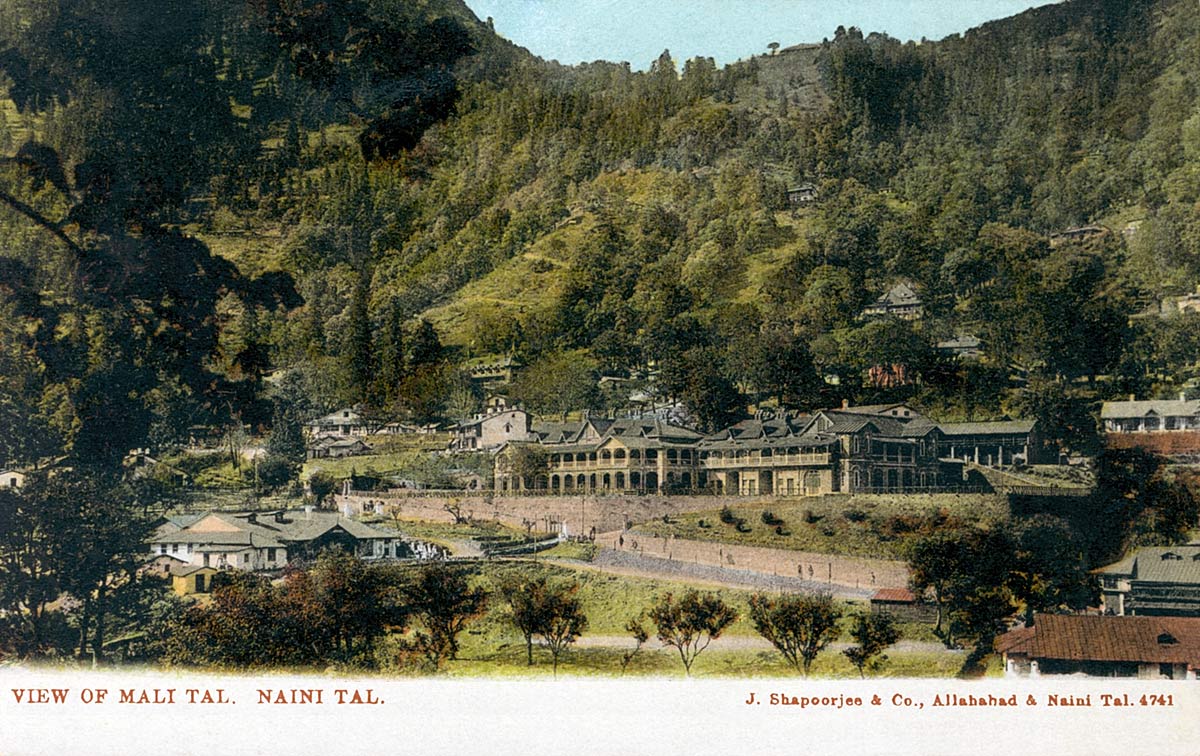 "Naini Tal is a favourite sanatorium of the United Provinces, the summer residence of the Governor, and the hdqrs. [headquarters] of the General Officer commanding the Eastern Command. It is extremely picturesque, the lake forming a most striking feature. The highest peaks are to the N.W.–China is 8568 ft. above sea level, and Deopatta, 7589 ft." according to Murrays A Handbook for Travellers in India, Burma and Ceylon (p. 419, 1936).

The Handbook continues: "The Lake is nearly 1 m. long and 400 yds. broad, with an area of 120 acres. The flood-level is 6410 ft. above the sea. The depth ranges from 5 fathoms at the N. end to 15.5 in the broadest part; and there are Sulpur Springs ath the Talli Tal end . . ..The principal residences lie to the N.W. of the lake, where, close to the shore, ate the Assembly Rooms with Library, and the Masonic Hall, the Club and 1/2 mi. farther, the Post Office lying along the way and some European shops. Polo, cricket, football and hockey are played on the "Flats" opposite the Assembly Rooms. There are numerous Educational Institutions."