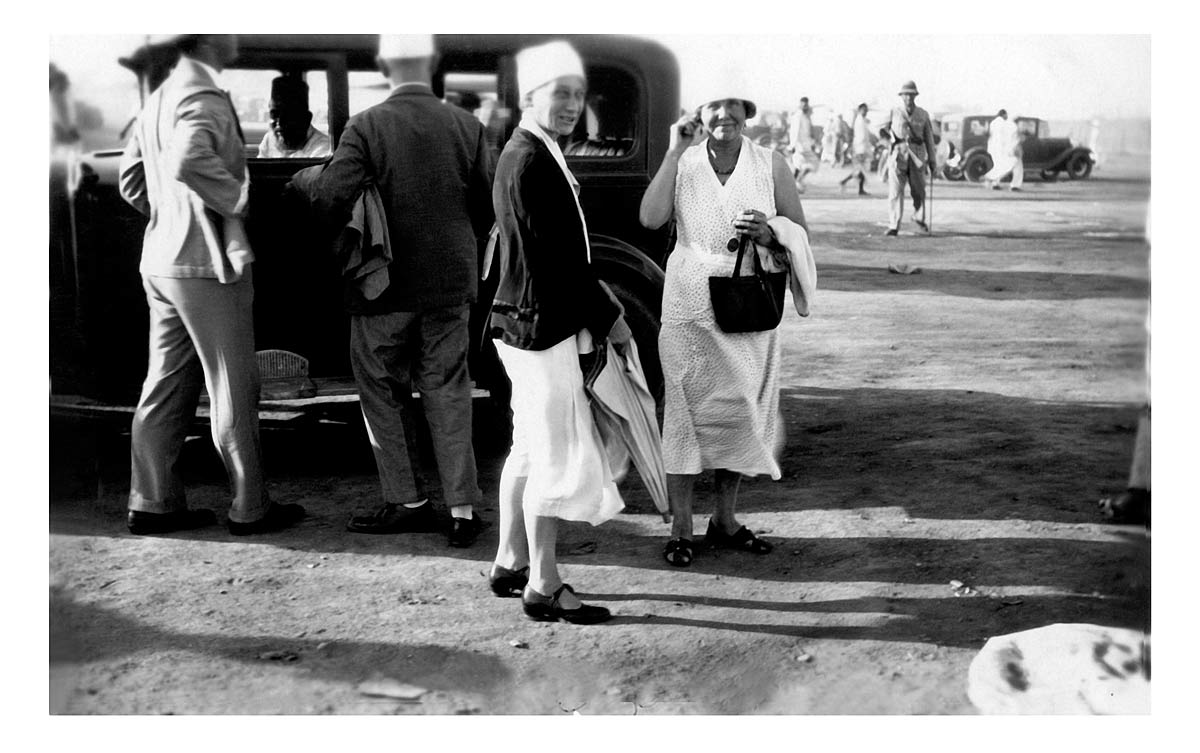 A rare postcard from the Congress Party's meeting in March 1931 in Karachi, shortly after Bhagat Singh was executed, and where the Congress Party demanded full political and economic freedom, the foundation of the future Indian state. Johnny Stores, Camp Karachi, was run by one Jankidas who besides being a photographer associated with the British personnel in the city also photographed political events and published this postcard as part of a series of 10 unbranded cards to document the party meeting. The title was pencilled on the back, and shows American well-wishers who remain unidentified.