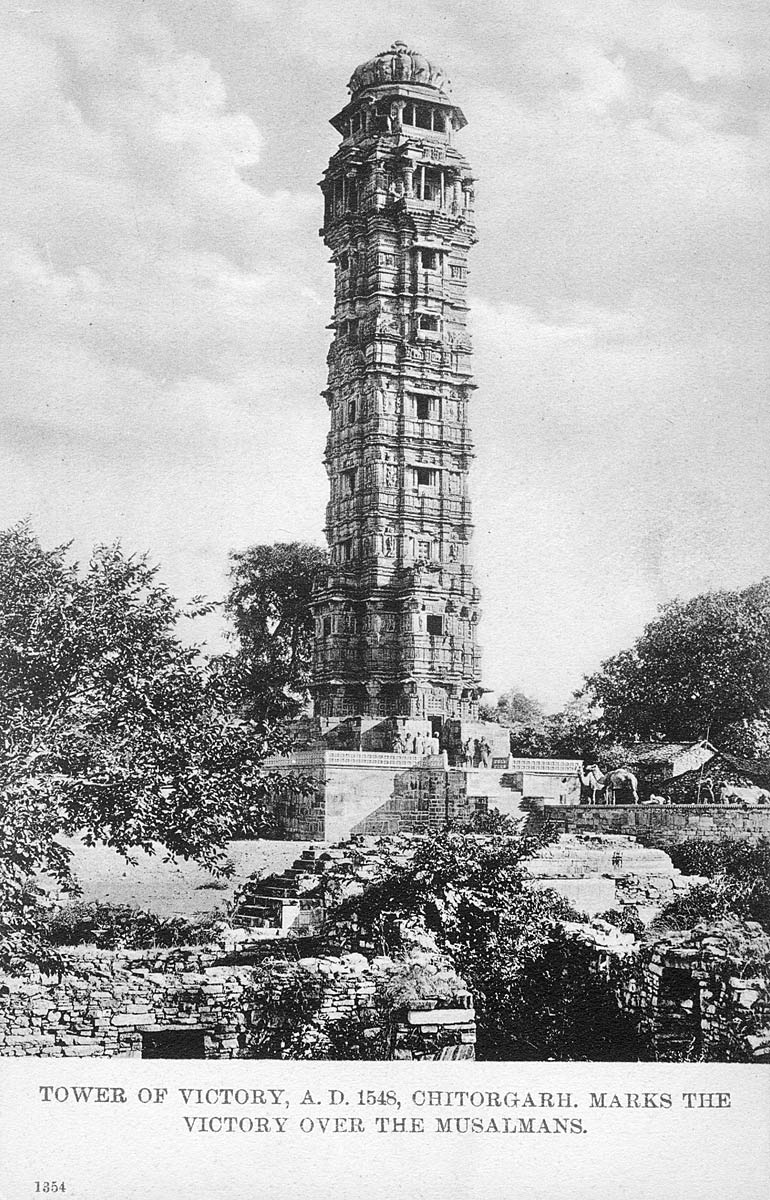 [Original caption continues] Marks the Victory Over the Musalmans. [end]

The original Chittorgarh tower, or Vijay Stambh was constructed in the 16th century to commemorate a victory by the Rajput Maharana Kumbha over the Malwa ruler, Mohamed Khilji almost a century earlier. The tower itself, in a Mewar fort complex, is one of the few large surviving example of early tower architecture in the subcontinent.