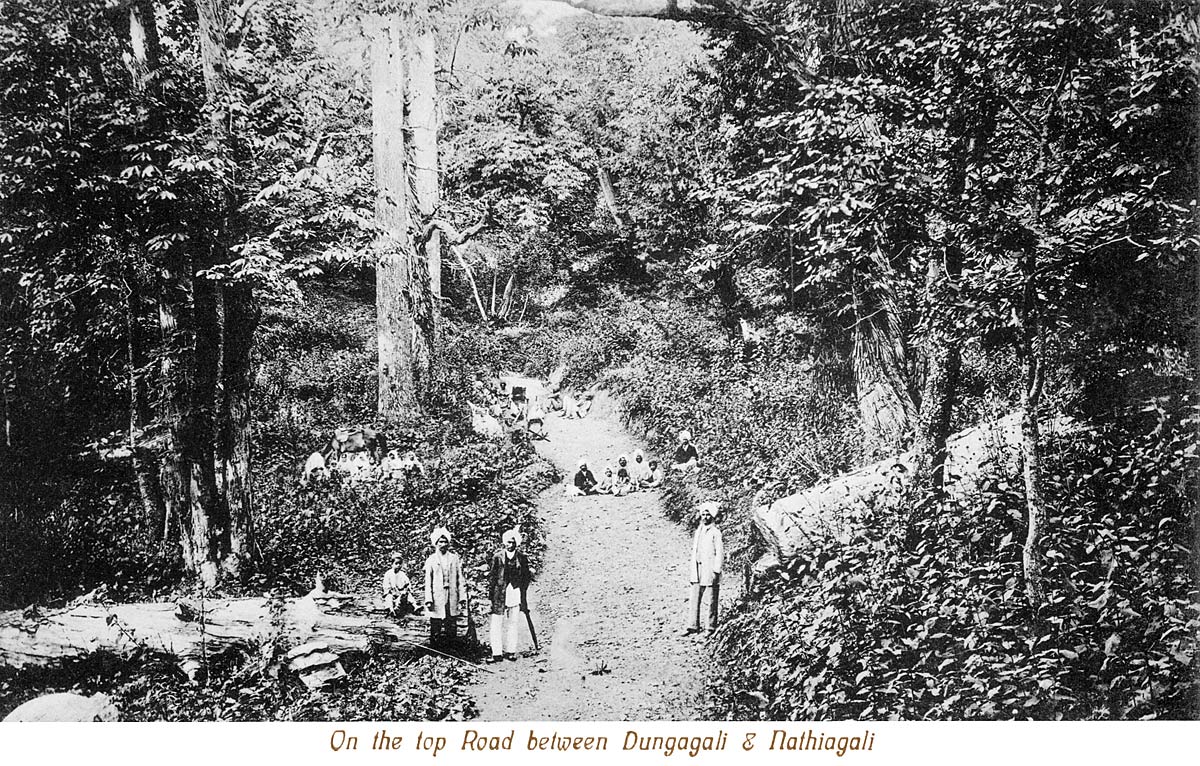 On the top Road between Dungagali & Nathiagali

What is most remarkable about this postcard is that it shows local inhabitants on a mountain road between the hillstations of Dungagali and Nathiagali, now in Khyber Pakhtunkhwa (former NWFP) near Murree in northern Punjab, of what is now Pakistan. Normally the people shown on these roads are the colonialists, but here we have no less than four groups: men standing in the foreground, another group of men behind them, and far behind, also on the road, a group of what might have been the coolies who carried the palanquins for some of the travelers. Next to them is what seems to be a road sign which could say "Nathi 19" on it. To the left of the sign, next to a horse off the road, at least five women are seated. Who these people are remains a mystery, but perhaps one of them in the foreground is Baljee himself, a fine photographer who accompanied many British military expeditions on the Frontier from the 1890s onwards and was also well-known postcard publisher with a store in Murree.