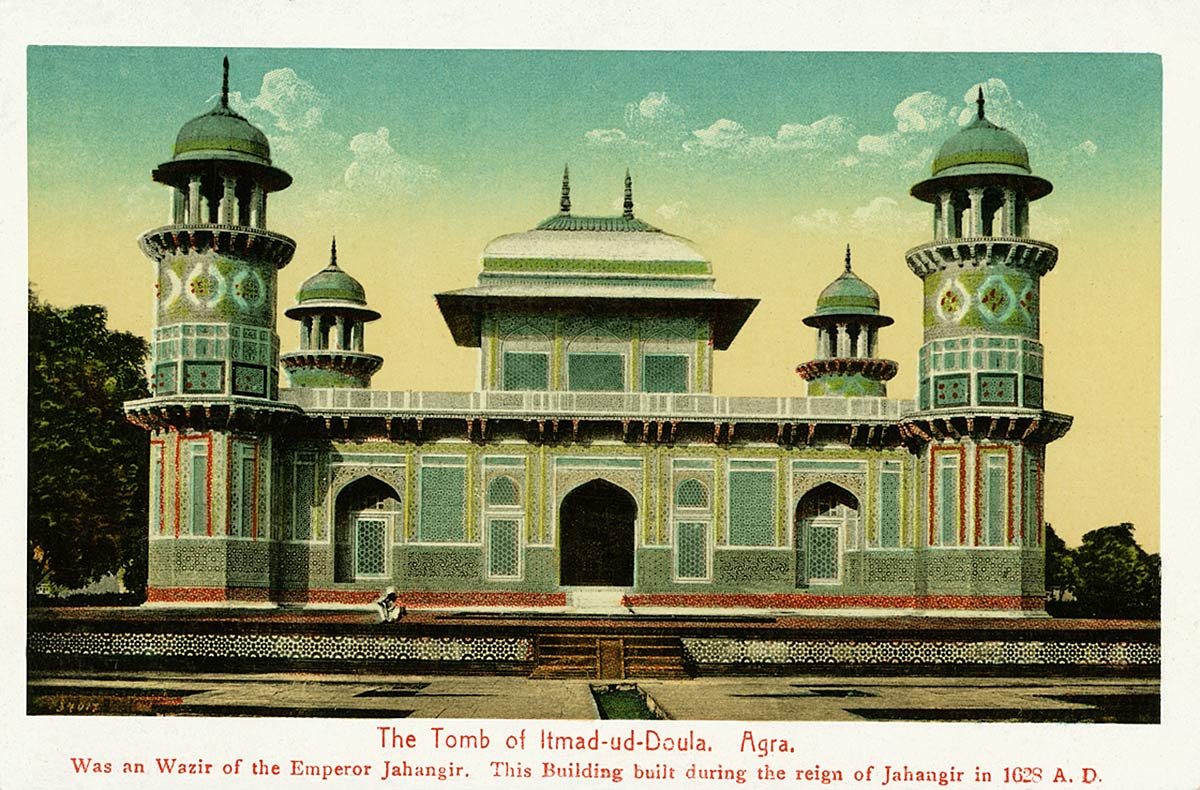 The Tomb of Itmad-ud-Doula. Agra.

[Original caption] Was an Wazir of the Emperor Jahangir. This Building built during the reign of Jahangir in 1628 A.D. [end]

Itmad-uud-Doula was a member of a ruling group that included Nur Jahan, Emperor Jehanghir's wife, courtier Asaf Khan and Khurram, the son of Jahangir and later Emperor Shah Jehan. Itmad-ud-Doula was Mumtaz Mahal's grandfather, she being the wife for whom Shah Jehan built the Taj Mahal. The tomb is said to have inspired the Taj and is sometimes referred to as the "Baby Taj."