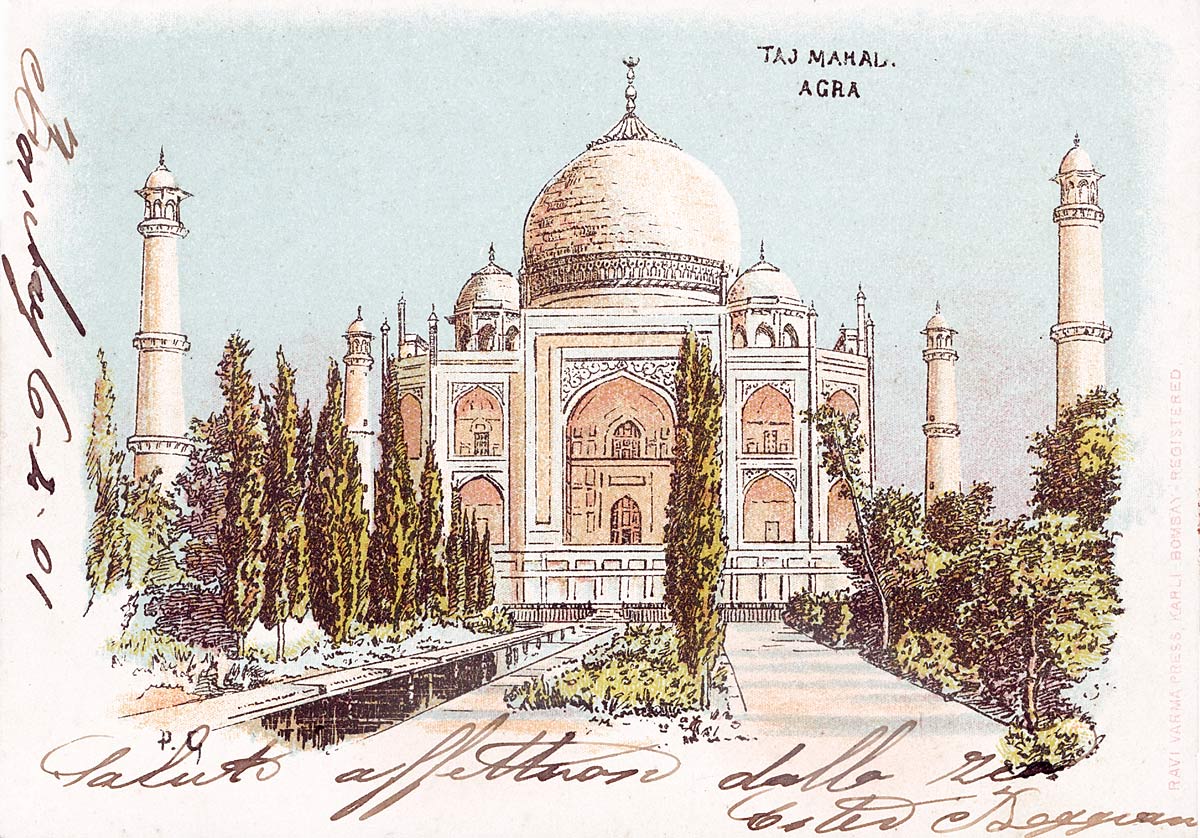 One of the earliest, if not the earliest postcard to the Taj Mahal. It can be rather firmly dated to 1899 when it was part of a series produced by the Ravi Varma Press for Babajee Sakharam, a Bombay-based retailer of photographic supplies, who advertised a set of postcards by Gerhardt, the chief lithographer at the press, as the "First of its Kinds." Note that the view itself is much closer than the more common postcard views taken from a greater distance of the building.

This card was cancelled on April 6, 1901 and mailed to Italy. The Italian on the front delivers "Affectionate greetings" to a Ms. Boggiana [sp?].