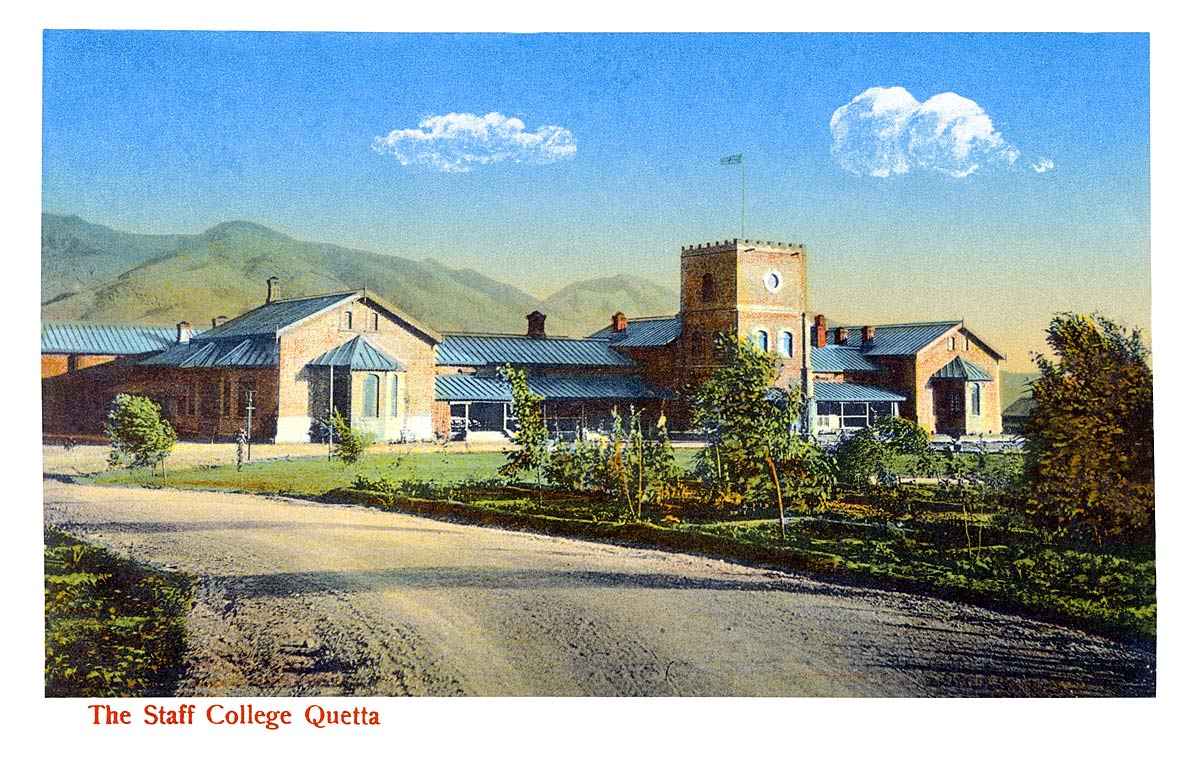 The Staff College for the British Indian army was moved here in 1907 and became the main senior training center until Partition; since then it is the Pakistan army's main educational facility. Among the former instructors was Field Marshall Bernard Montgomery and General Joyanto Nath Chaudhuri Chief of Army Staff of the Indian Army from 1962–1966. The tower in this image still stands but the rest of the facility has been torn down and replaced with an indifferent modern building.