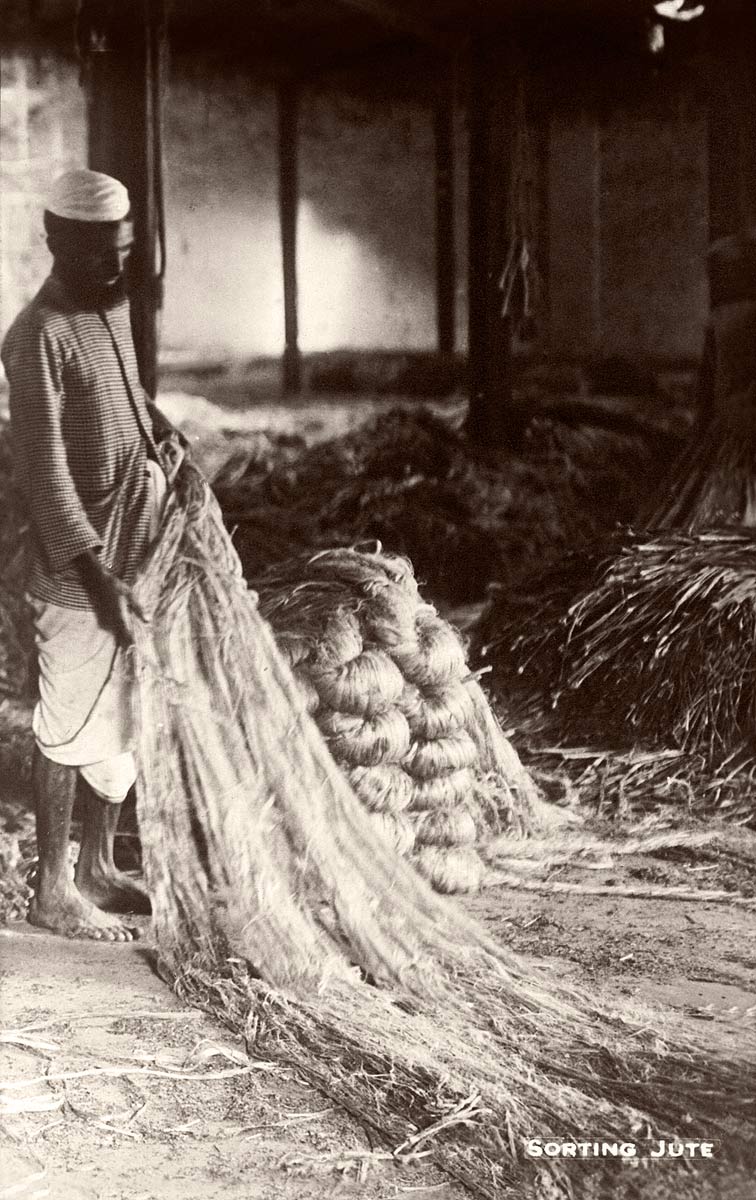 A moody postcard illustrating a manufacturing step in the jute export industry. Jute packaging materials were used around the world, particularly in gunny bags. In the 19th century raw jute was exported to Dundee Scotland in particular where jute mills further processed the raw material. After Partition East Pakistan and then Bangladesh became prime jute exports given that much of the crop was grown in East Bengal. While jute fell out of favour when artificial material rose in usage towards the end of the 19th century, jute is finding favour again as a more climate-friendly natural material.

The Imperial Institute was later absorbed into the Commonwealth Institute.