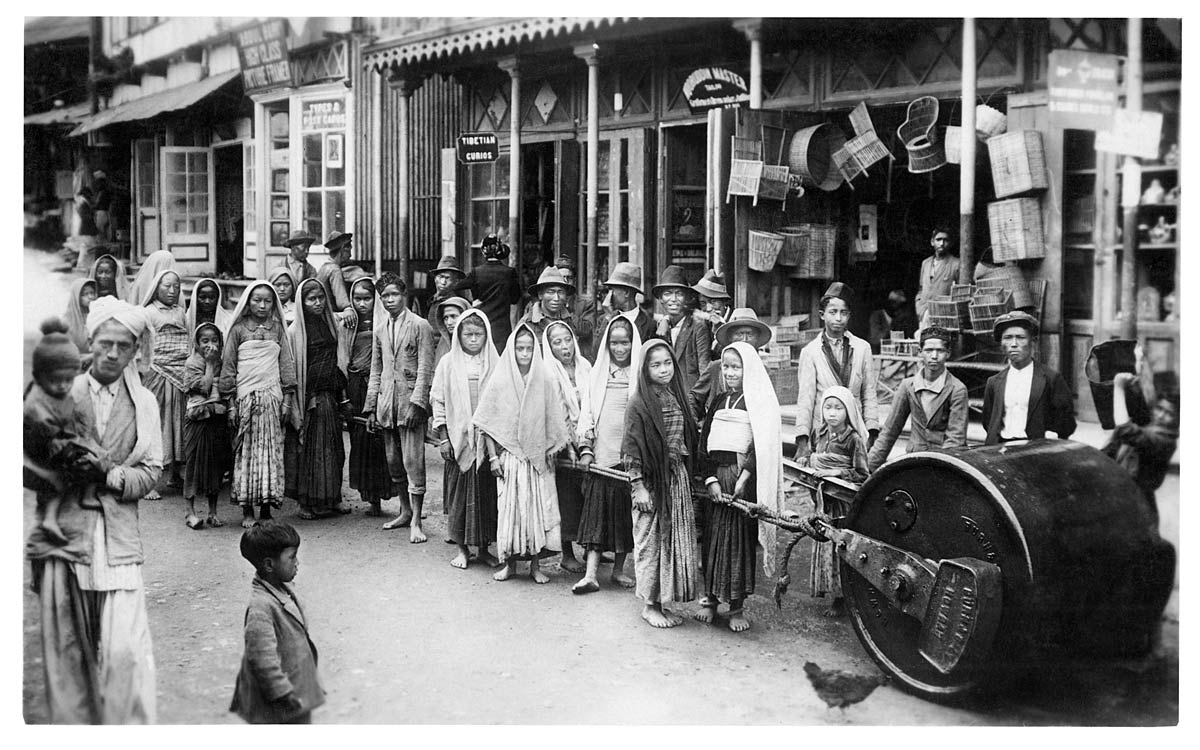 Labor-intensive road rolling helped to create smoother and less permeable roads. The early history of road rolling in Europe can be traced to the 18th century when roads became militarily important. High quality roads also played a role in the British colonization of India. As the quality roads increased, the British found it easier to travel to different parts of the country thereby expanding their rule. This real-photo postcard depicts the teenage girls who often were the main labor force that pushed the heavy iron road rollers in towns like Darjeeling.

Note the storefront signs behind the crowd, from right to left one can make out "Nooruddin Master, Tailor," "Tibetan Curios" and what might have been Das Studio with the sign in the window saying "Types and Post cards."