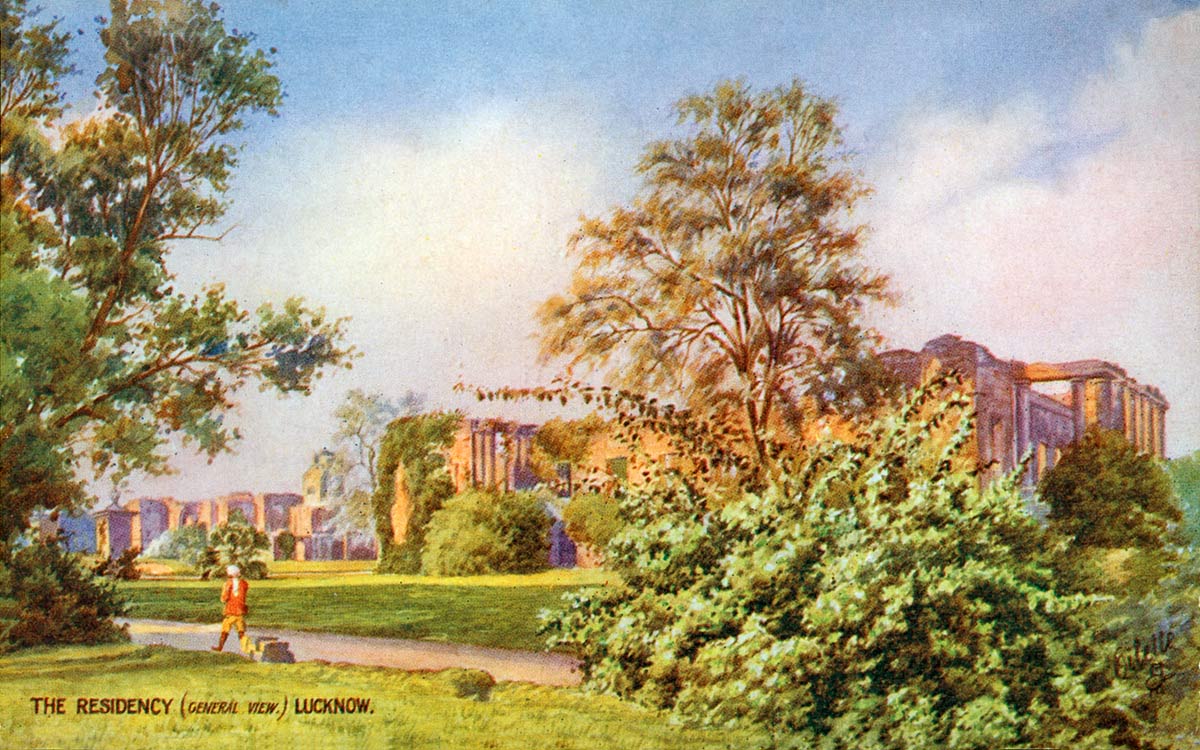 [Original caption] The Residency (General View.) Lucknow. The Residency Building is a ruin, though a very beautiful one, but it is possible to ascend the staircase of one of the towers, where throughout the siege (11th June - 17th November 1857) the British flag was kept flying. 'Flying at the top of the roofs in the ghastly siege of Lucknow, Shot through the staff or the halyard, but ever we raised thee anew, And ever upon the topmost roof the Banner of England blew.' [end]

This garden view was the third of Tuck's Residency views celebrating the stories around British victories in the Uprising of 1857; postcards were an important medium in refreshing these memories a half-century after the events had passed.