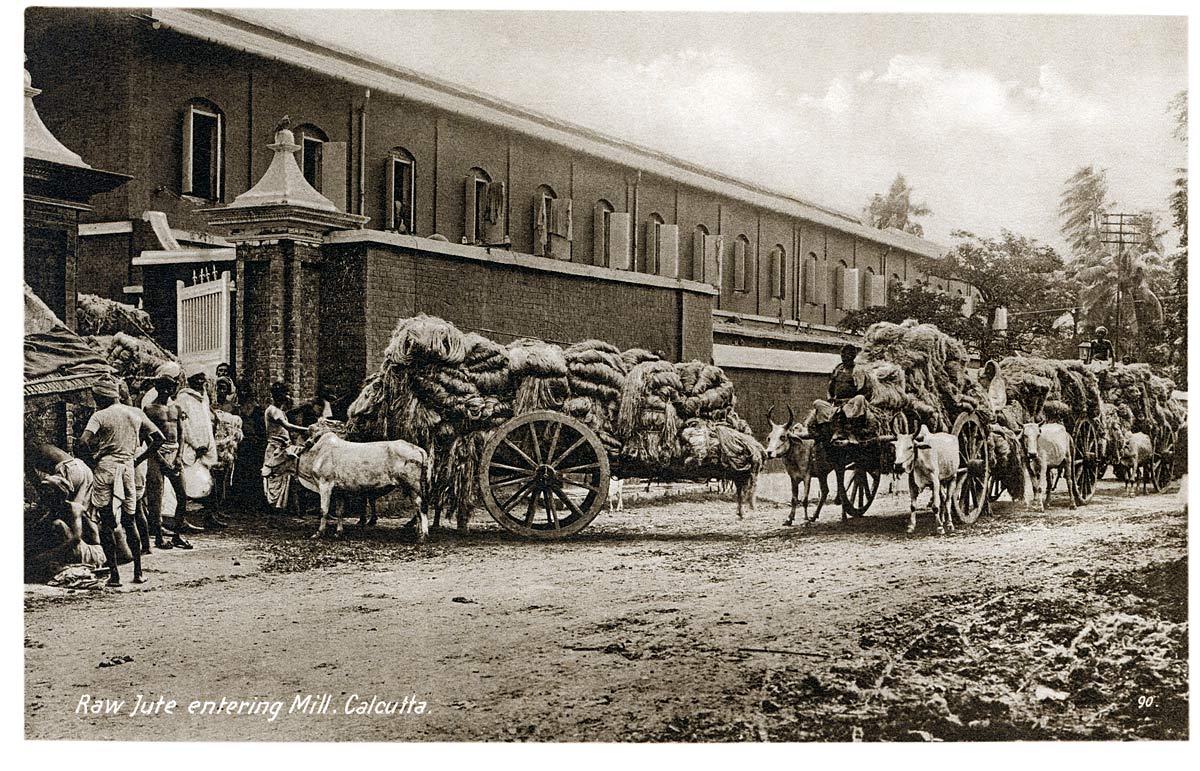 Jute was one of the major agricultural products during the Raj and for some period afterwards, with most of the crop grown in East Bengal, and the fiber processed in mills in and around Kolkata. Jute was used as a packing material around the world, even imported into the US for this purpose. After Partition, it became Pakistan's major cash crop, and after a decline in its usage in the 1970s and 1980s due to replacement by natural fibers, has once again become an important crop. India is currently the largest producer, followed by Bangladesh, with both countries together responsible for some 90% of the world's output.